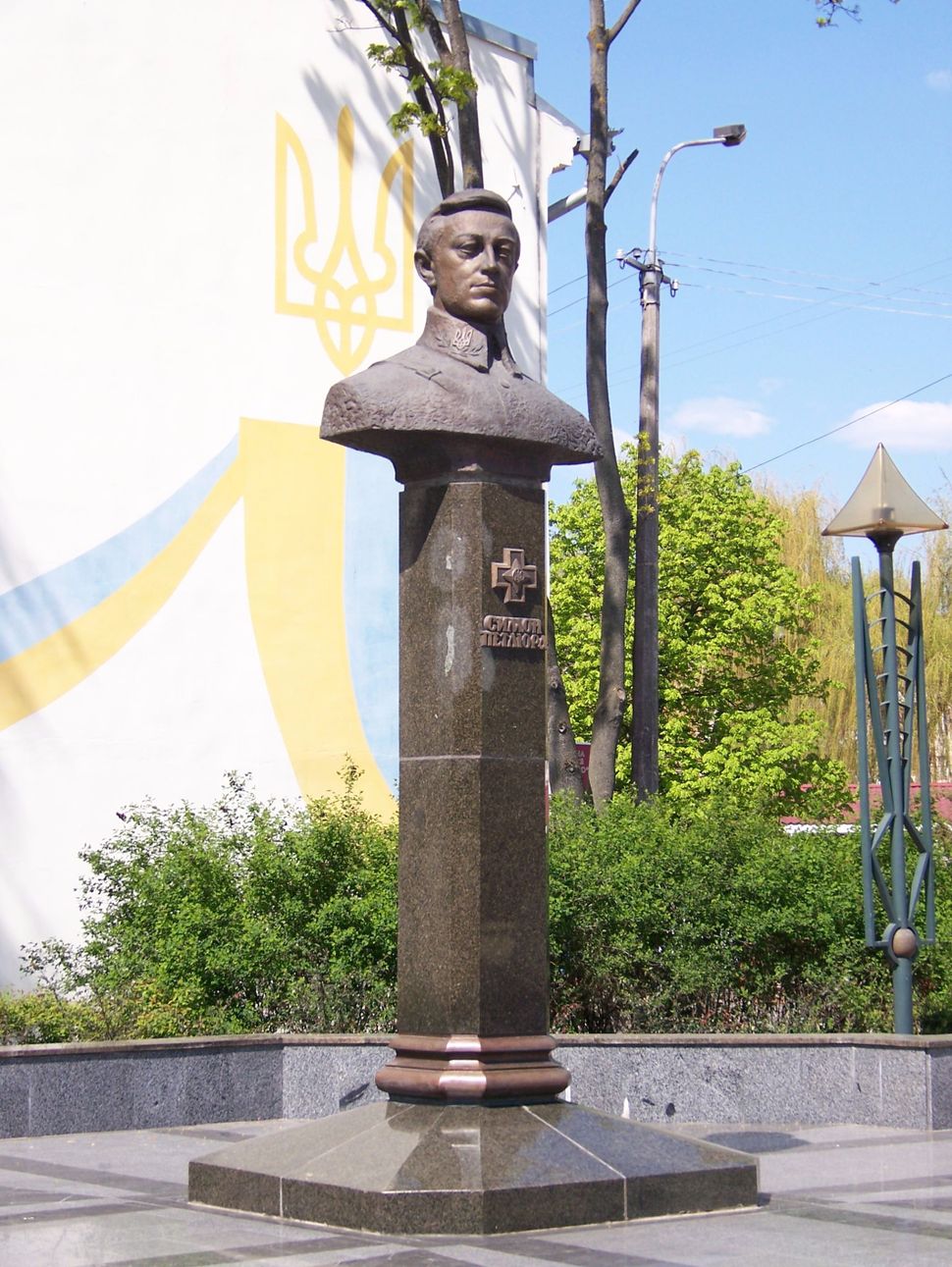 Monument to Symon Petliura in Rivne, Ukraine. Image by wikimedia

(JTA) — Ukraine unveiled a statue for a nationalist leader who guided a regime that killed tens of thousands of Jews in pogroms during the Russian Revolution.

The memorial for Symon Petliura was unveiled Saturday in Vinnitsa, a city in the western part of the nation, on Defender of Ukraine Day, a national holiday, the RT news site reported. It is located in an area once known as Yerusalimka, or Jerusalem, and located next to a small synagogue that is still in operation.

The statue, which RT calls the first official monument to Petliura, though there is a bust of the early 20th-century leader in the capital, shows him sitting on a bench with a map of the country in his hands.

Petliura was killed in 1926 by a Ukrainian-born Jewish watchmaker, Sholom Schwartzbard, who was acquitted by a French court that ruled he was acting in the heat of the moment after 15 of his relatives were killed in the pogroms.