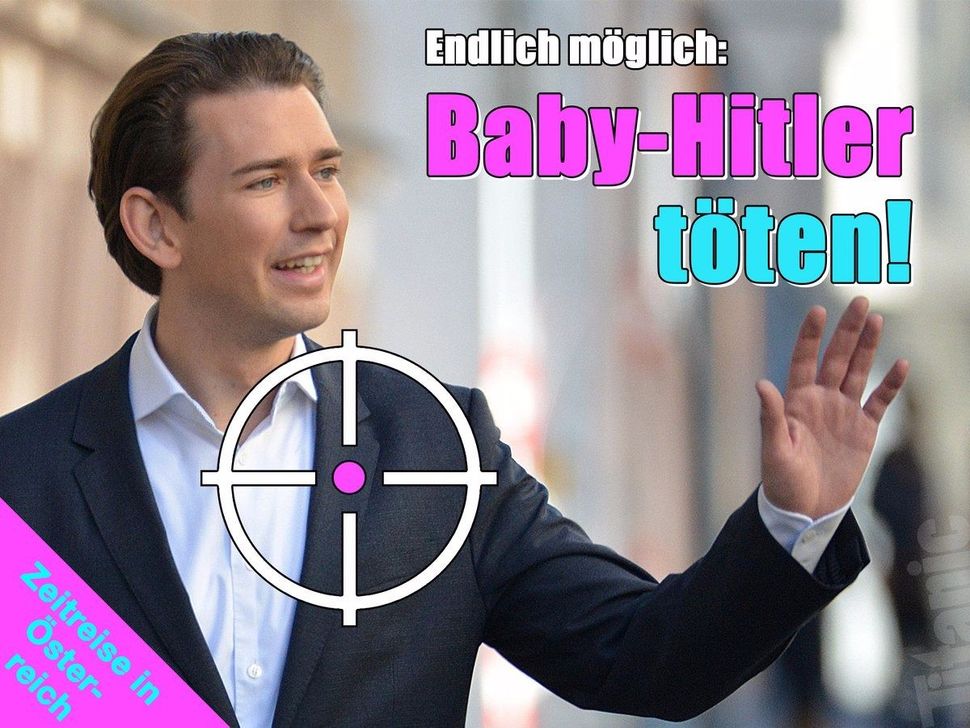 An image tweeted out by the satirical magazine Titanic. Image by TITANIC

A German satirical magazine is under investigation after tweeting an image of Sebastian Kurz, an Austrian politician, with crosshairs over his heart next to the words, “Finally possible: Kill baby Hitler,” Politico.eu reported. The tweet was sent out by the magazine Titanic a day after Kurz’s party, the People’s Party, one the most vote in Austria’s parliamentary election. Kurz is likely to be the next chancellor of Austria.

The election has put many observers on edge because analysts say it is likely that Kurz will form a governing coalition with the far-right Freedom Party, which garnered nearly a quarter of the votes in Sunday’s election.

“We would like to acknowledge that in the case of this joke, there was a problematic crossing of boundaries — namely to Austria, where they are obviously not so nonchalant about their own Nazi past as we good, reformed Germans are,” Tim Wolff, Titanic’s editor, told a German-language newspaper.

Wolff said that Austrian authorities had not contact him, though the magazine tweeted that they had been contacte by the “Vienna department for time travel.”

The tweet appears to be a reference to a thought experiment that is popular in Germany and Austria: if you could travel back in time, would you kill Hitler as an infant?