Florida Pledges $1M For Jewish Security. Muslims Ask, ‘Why Not Us, Too?’ 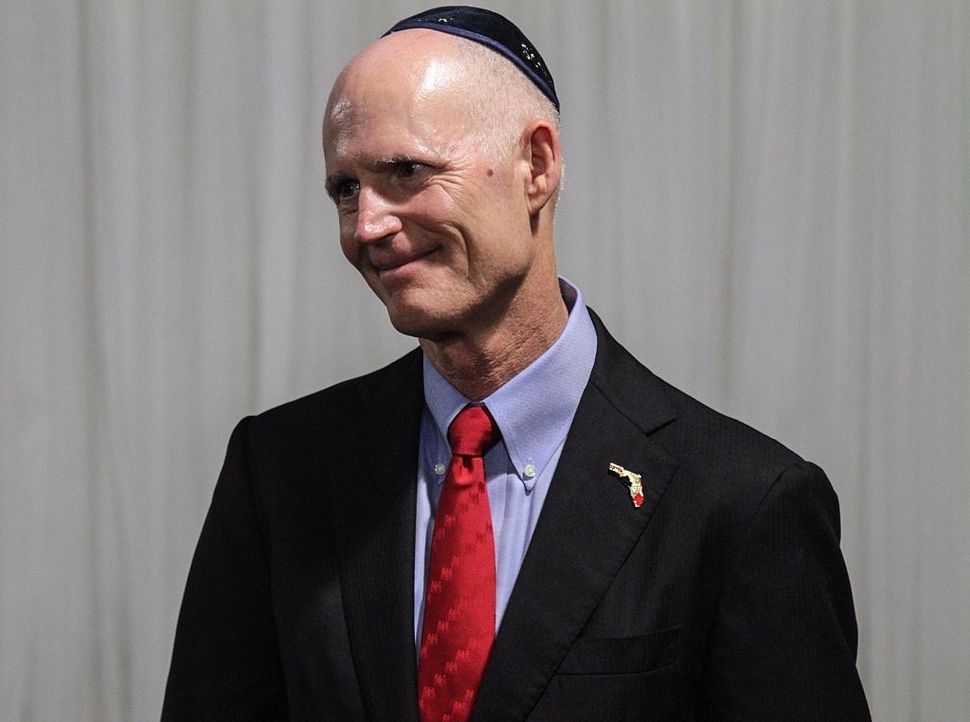 “I know many Floridians have been horrified by the threats against our Jewish schools and communities last year,” Scott said in an appearance Monday at the Katz Hillel Day School of Boca Raton. “We have absolutely zero tolerance for these hateful and anti-Semitic acts and our state has taken important action to keep our students and all of our families safe.”

The state already awarded $654,000 to some Jewish institutions earlier this year. That money, and the additions proposed for the next fiscal year, are meant to pay for things like video cameras and bullet-proof glass.

“With increasing hate and anti-Semitic incidents around the country, it’s powerful for us to know that we have your support, Gov. Scott,” said Daniel Adler, a board member at the school.

But the Council on American-Islamic Relations said that such money should not only be earmarked for Jewish institutions.

“We are so happy that an affected community such as the Jewish community is receiving that needed help,” CAIR spokesman Wilfredo Ruiz told the Miami Herald. “However, we question the capacity of our governor to offer protection to all his citizens when he only caters exclusively to the Jewish community.”

The American Civil Liberties Union of Florida added that only awarding grants to one religious group may violate the separation of church and state.

The United States saw a sharp increase last year in both anti-Semitic and Islamophobic hate crimes, according to the Anti-Defamation League and CAIR, respectively.

Florida Pledges $1M For Jewish Security. Muslims Ask, ‘Why Not Us, Too?’