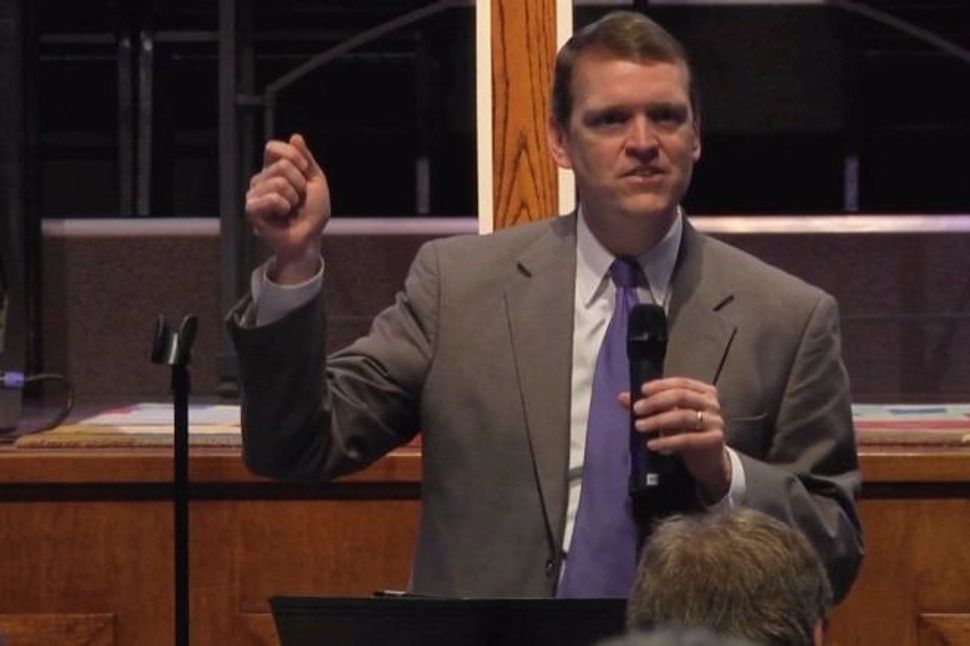 A nominee for a federal judge position in Texas claimed in interviews that the United States’s actions towards Christians is similar to crackdowns that took place in Nazi Germany, CNN reported Wednesday.

Texas assistant attorney general Jeff Mateer, who was nominated by Trump earlier this year, claimed in a radio interview in 2014 that the mayor of Houston, who had issued subpoenas for sermons by pastors opposing a local gay-rights ordinance, was acting Nazi-like.

“I do know it happened in the 1930s and 1940s in Nazi Germany. It happened in Stalinist Russia, and it happened in Maoist China,” he said. “Totalitarian governments often want to censor and silence pastors, and that’s exactly what the mayor of Houston, she’s in that company, when she makes this type of affront on religious liberty.”

Mateer also claimed in 2013 that the Obama administration’s position on privately-held companies being forced to cover birth control in their health care plans was similar to “what happened in the 1930s in Germany with Hitler and his socialist party” when Nazis placed bans on Jewish religious and business practices.

He went on to cite German pastor Martin Niemoller’s famous poem beginning, “First they came for the socialists…”.

“It’s time for people of faith to realize, yes, this administration, this government is coming after you,” Mateer said.

Other marks by Mateer have been criticized by liberal groups, such as his 2015 statement that transgender children are part of “Satan’s plan.”