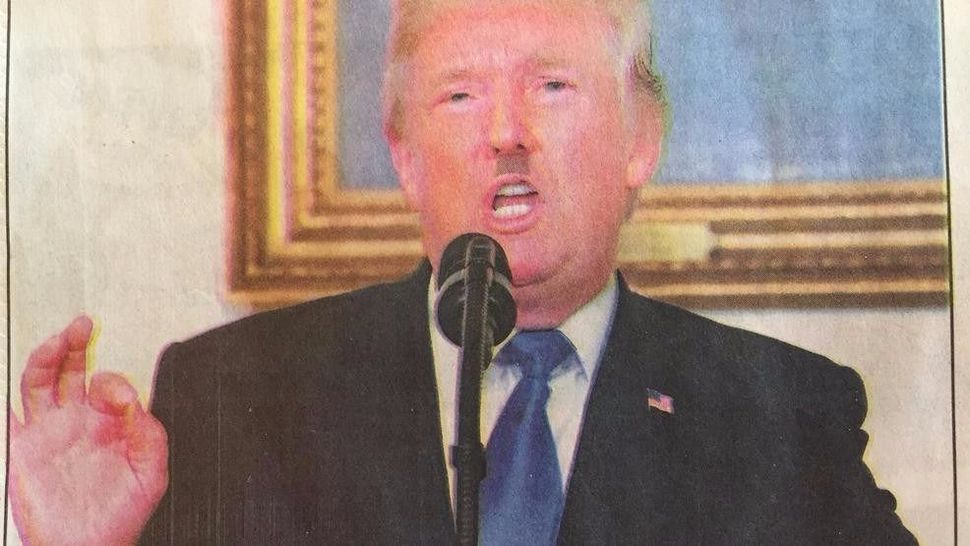 An Ohio newspaper has apologized for running a picture of Donald Trump with a “Hitler mustache” on its front page on Monday, a local Fox station reported. In a statement released later in the day on Monday, the Wapakoneta Daily said it “regrets” the mistake.

“While we edit photos on a daily basis, this particular photo was edited in a sloppy manner to make it appear the president had a mustache,” the statement read. “The Wapakoneta Daily News would never intentionally insult our president in any manner.”

The newspaper added that the “unfortunate situation” is under investigation. In an apology printed in the paper on Tuesday, the newspaper said the image was modified beyond what is allowed by company guidelines.

Local residents expressed bemused surprise, given that the Wapakoneta Daily has a reputation as a conservative paper.