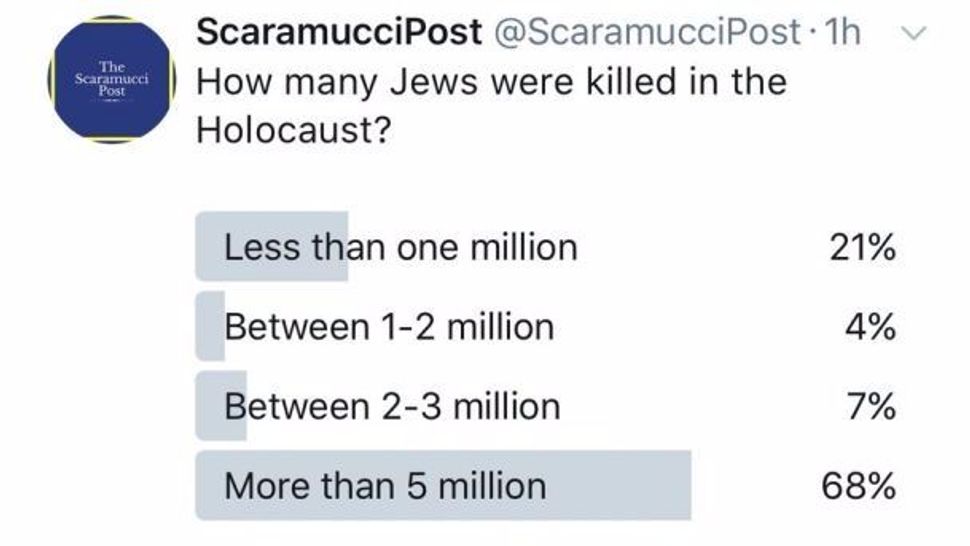 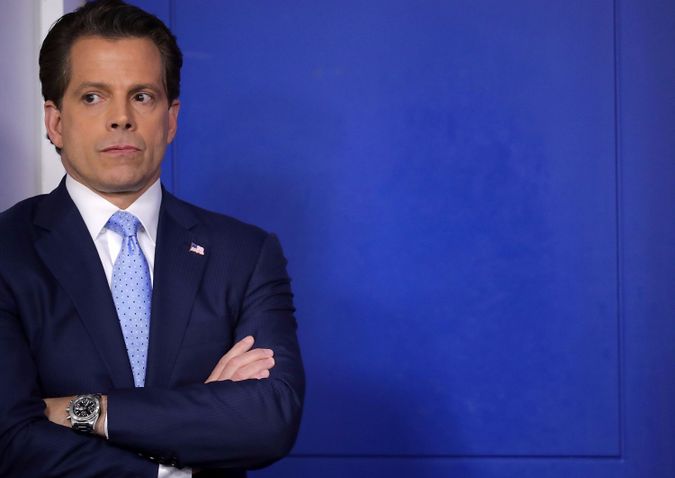 Anthony Scaramucci’s infamous Holocaust poll cost him a speaking gig, Page Six reported. The extremely short-lived director of communications for the White House apologized Wednesday after his media venture Scaramucci Post put a poll on Twitter asking users how many people died in the Holocaust. Scaramucci pledged to give $25,000 to the Simon Wiesenthal Center as penance. 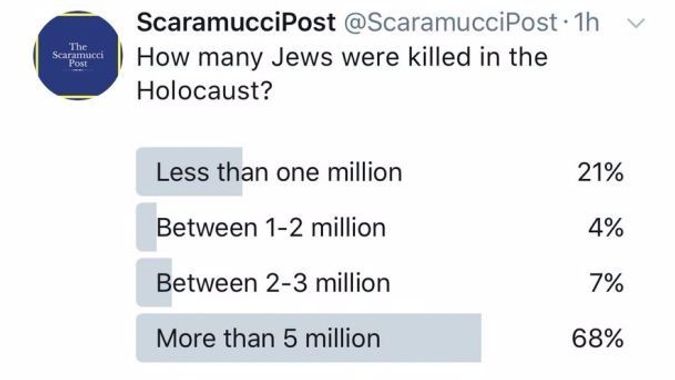 A staffer for the Scaramucci Post apologized for posting the poll.

“I apologize,” Lance Laifer wrote on Twitter. “The intent of the poll was to highlight ignorance of the basic facts of the Holocaust. I take full responsibility for it.”

A source told Page Six that Scaramucci’s November speaking engagement at the investment firm Neuberger Berman was cancelled, saying that managers at the firm worried that hosting Scaramucci would direct criticism toward the firm.

Scaramucci said the cancellation was due to a scheduling conflict.

“We were trying to raise awareness,” he added. “Still we made a mistake, we apologized, made a donation to the Simon Wiesenthal Center, and we are moving on.”

Correction, October 19, 2017, 12:10pm: This story has been updated to show that Scaramucci has currently lost only one speaking gig. A previous version of this story suggested that he had lost multiple gigs.

Correction, October 19, 2017, 2:32pm: This article has been updated to show that the speaking engagement was not paid, as Page Six first reported.