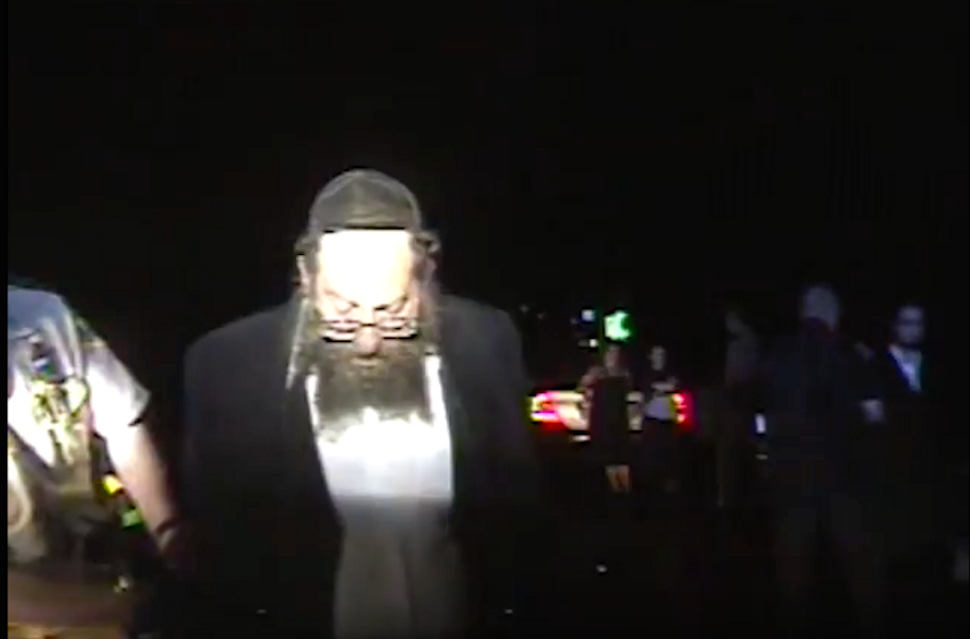 A Brooklyn rabbi pleaded not guilty on Wednesday to charges that he led police on a 4-1/2 mile car chase in Vermont, the AP reported. Rabbi Berl Fink was pulled over at gunpoint in August after failing to stop after being suspected of speeding on a remote highway.

Berl was driving his wife and two teenage children at the time. According to the family arresting officer tackled Berl to the ground before handcuffing both children and tackling Berl’s son, who is 16, to the ground and repeatedly frisking him.

Police released video of the arrest in late September.

Police reportedly told the family that they arrested Berl because they suspected him of drunk driving after seeing him weave in the lanes.

In court on Wednesday Berl stated that he and his son felt they were victims of a “terrorist attack.”

According to Berl’s lawyer, “the rabbi doesn’t think he committed any misdeeds.” The lawyer added that Berl was looking for a place to pull over without a guardrail.