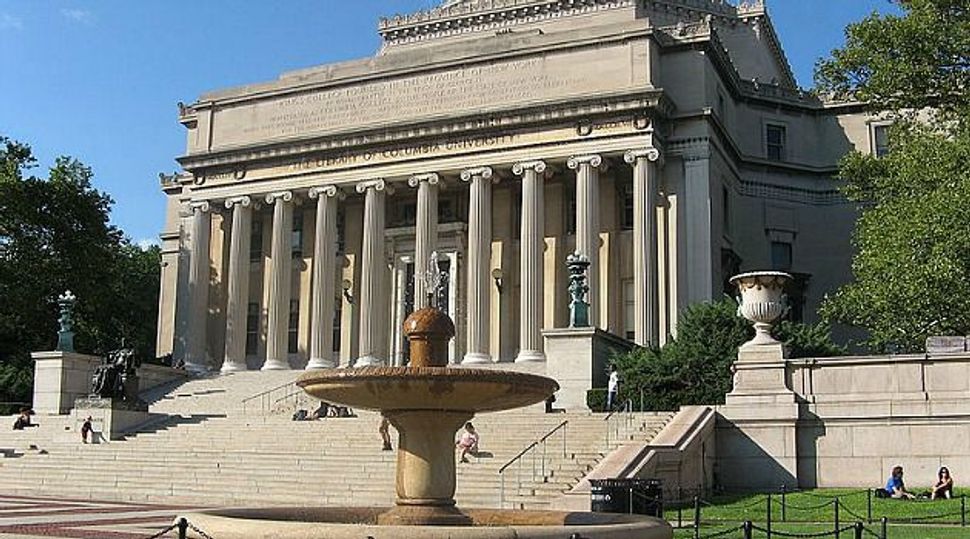 Tommy Robinson, a prominent British anti-Islam activist who has called the Quran a “violent and cursed book,” was scheduled to Skype into an event on October 10th, but more than 30 protesters inside the auditorium interrupted his talk with responses to his statements, with hundreds more protesting outside. Robinson eventually cut his talk short.

Three days later, Suzanne Goldberg, a Columbia administrator, emailed nearly 20 of the protesters, saying that she was investigating a complaint and “beginning an investigation” into their conduct under the university’s rules. The penalties for violating the rules Goldberg cited about disrupting events could be as serious as expulsion.

Protestor Aryn Davis told DNAinfo she didn’t understand why she was being investigated.

“It’s not like we went in and unplugged the laptop and made sure he couldn’t talk at all,” Davis said. “We ended up engaging with [Robinson] and asking him questions. I don’t understand why we’re being disciplined at all.”

College Republicans president Ari Boosalis had reached out to the university to complain about the protesters.

“Students must understand that their actions do have consequences if they fail to follow the rules of conduct,” he said.