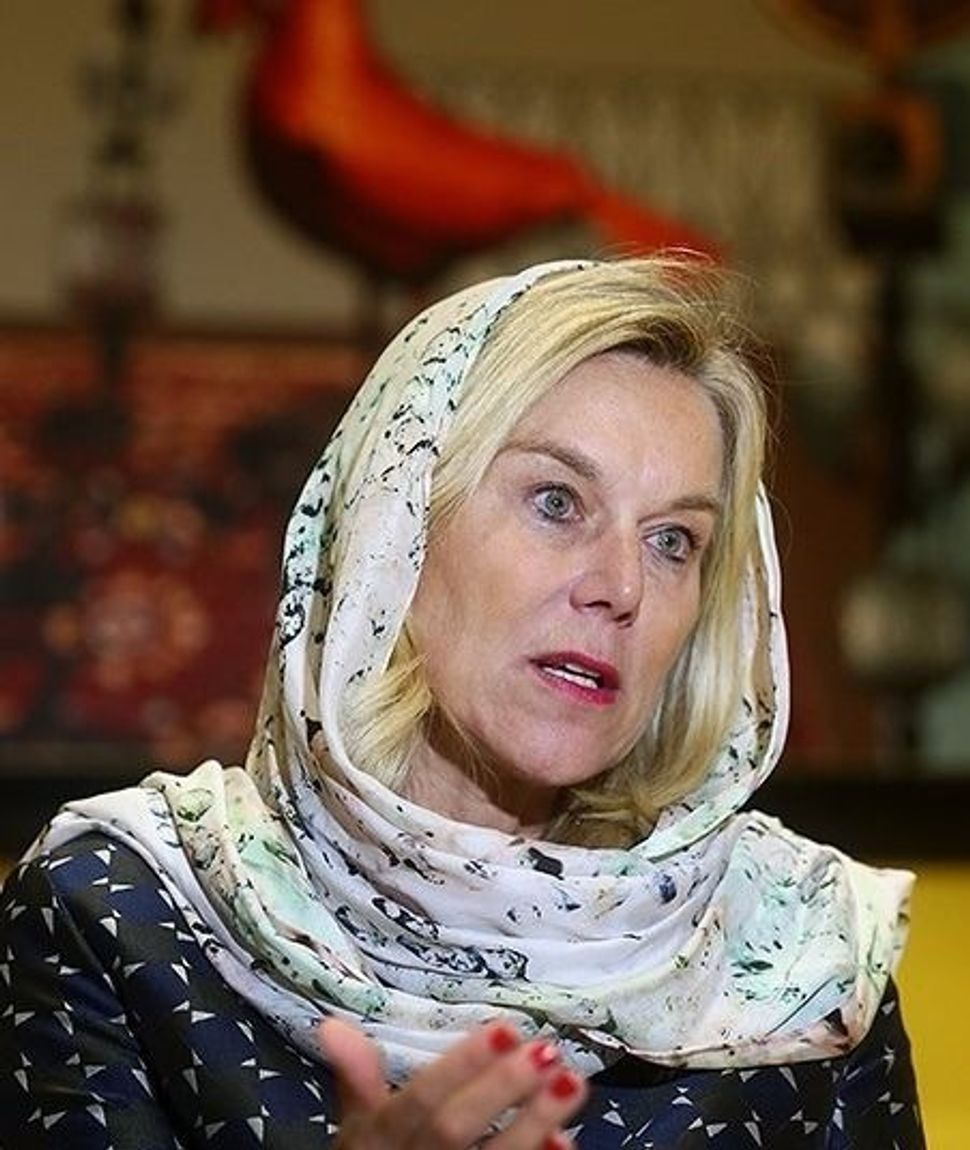 AMSTERDAM (JTA) — A Dutch activist for Palestinian rights who is married to a senior member of the PLO was nominated cabinet minister for international aid at her country’s foreign ministry.

Sigrid Kaag’s nomination to the position — the second-most powerful cabinet post at the Dutch foreign ministry — will be formalized in the coming days following the signing of a coalition deal between the ruling People’s Party for Freedom and Democracy and three other partners, including her left-wing D66 party, the NOS public broadcaster reported Friday.

The wife of PLO politician Anis al-Qaq, a deputy minister under Yasser Arafat in the 1990s and a Palestinian Authority ambassador to Switzerland – Kaag has worked for the United Nations UNRWA agency for relief for Palestinians.

As minister for aid, Kaag will not be directly responsible for the foreign relations of her country, which is one of Israel’s strongest allies within the European Union. But she will be responsible for implementing aid projects in the West Bank — including ones considered illegal by Israel, and which have led to friction between the Jewish state and the Netherlands. The Netherlands’ next foreign minister  will be the ruling party’s Halbe Zijlstra, whom pro-Palestinian activists in the Netherlands described as “very pro-Israel.”