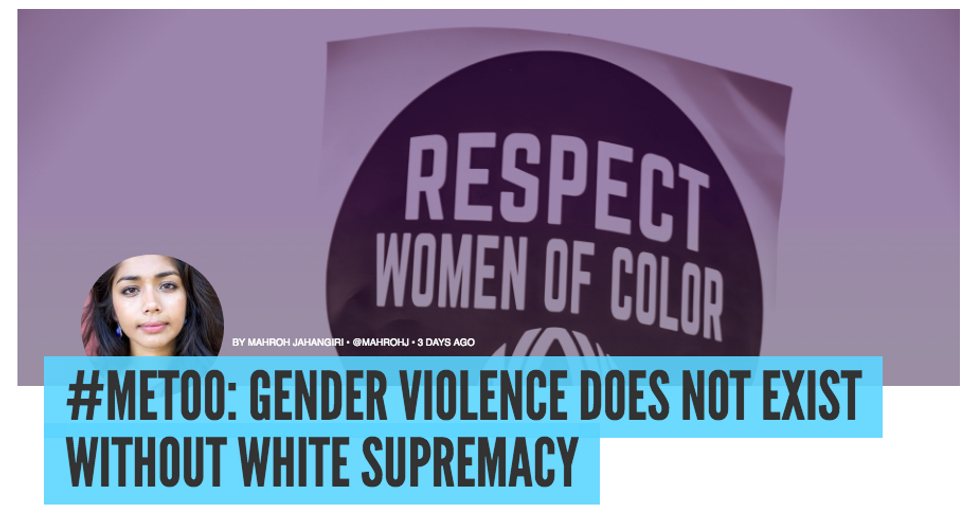 A blog post on a prominent feminist website argued that “gender-based violence does not exist” without systemic white supremacy, in which it included Zionism. The author was Mahroh Jahangiri, a writer for Feministing and former executive director of Know Your IX, a political advocacy group that promotes enforcement of Title IX statutes.

Jahangiri wrote earlier this week that a culture of sexual assault and misconduct “does not exist” without other violent cultural structures, “especially those built to uphold white supremacy (such as racism, colonialism, zionism, militarism).”

Jahangiri went on to write that sexual violence comes from “people in institutions many amongst us otherwise support: … people who staff detention facilities across our arbitrary borders and outside of them (in Guantanamo, Iraq, Israel).”

Some on Twitter took aim at Jahangiri for her apparent assertion that Israel is an inherently or especially violent place for women.

Huh. Maybe she needs to explain how Israel systematically keeps women down to this woman. https://t.co/cmyvVQFdcY https://t.co/b0YyEIdViv