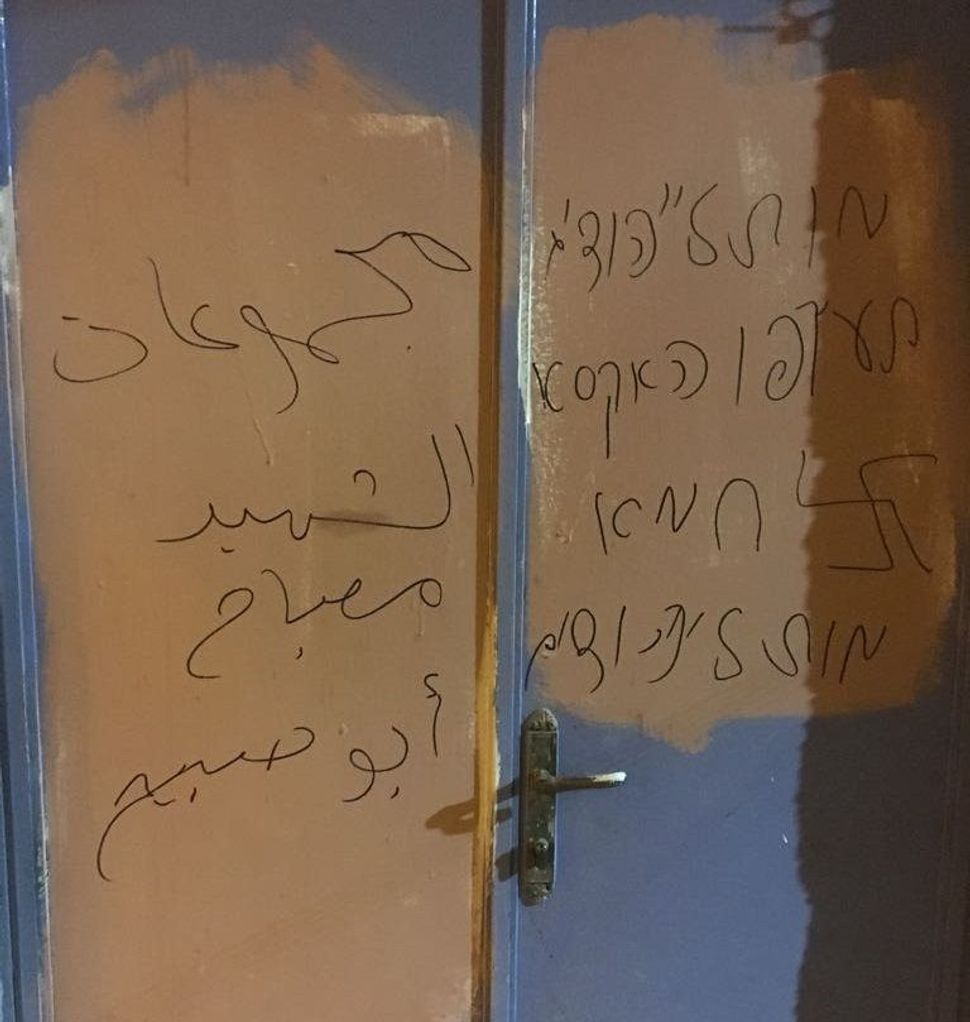 JERUSALEM (JTA) — A swastika and the phrase “Death to Jews” was written on a door in the Muslim Quarter of the Old City of Jerusalem.

The graffiti, written in both Arabic and Hebrew, also said “Get out of Aksa,” referring to the Temple Mount, and “Hamas,” according to Israel Police. It was discovered on Saturday night.

Police said they opened an investigation into the incident. The Jerusalem Municipality later cleaned the graffiti off of the door.

The Muslim Quarter is a flashpoint area for Jews and Arabs.