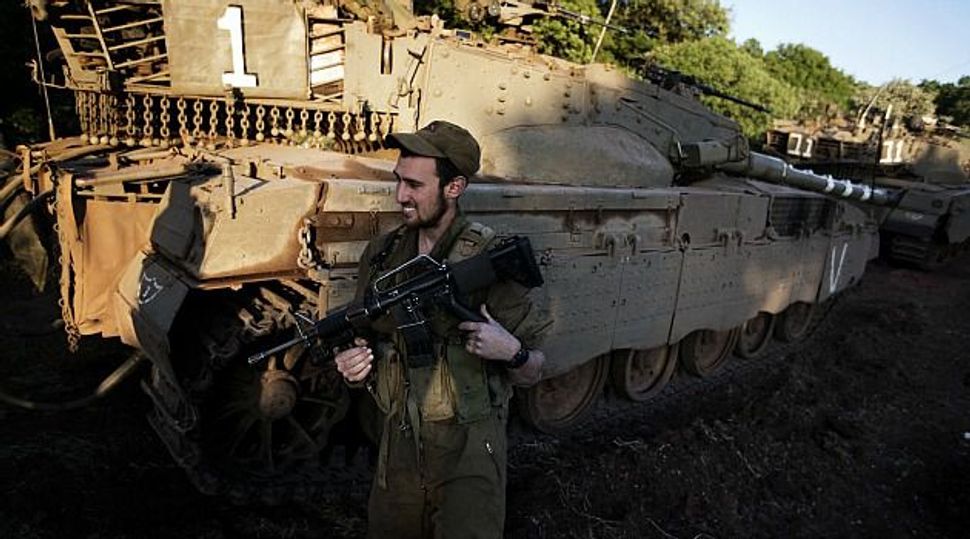 On Alert: Israeli soldiers were placed on heightened alert in the Golan Heights after an air strike inside Syria. Image by getty images

JERUSALEM (JTA) — Israel struck three rocket launchers in Syria, damaging them, in response to five rockets from Syria landing in Israeli territory on the Golan Heights.

While the rockets from Syria that struck early on Saturday morning initially were identified by the Israeli military as spillover from Syria’s long-running civil war, Israeli news reports late Saturday night cited unnamed military officials as saying they may have been launched purposely at Israel. There reportedly was no fighting going on in the area in Syria at the time that the missiles landed in Israel.

The rockets, which began landing at 5 a.m. on Saturday, fell in open areas and did not cause any injury or damage.

“Whether errant fire or not, this is an exceptional incident and any future occurrences will force the IDF to intensify its response,” the IDF said in a statement.

Syria’s army, in a statement issued after Israel’s attack, accused Israel of arranging for the rebels to fire across the border in order to give it an excuse to fire on Syrian positions.

On Thursday, an Israeli airstrike hit a Syrian army post near the border in retaliation for a rocket that struck Israeli territory in the Golan Heights earlier in the day. On Oct. 15, Syria targeted Israeli fighter jets on routine patrol over Lebanon, and Israel retaliated by striking and incapacitating the missile launcher, which was deep in Syria.