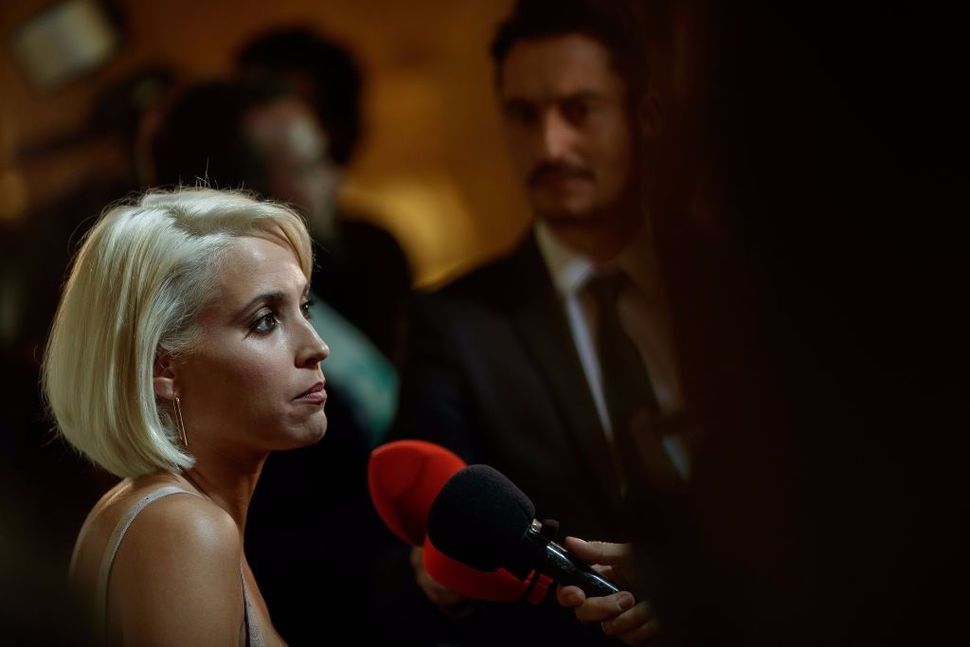 The baby was welcomed on Friday night by Refaeli and her husband, Israeli businessman Adi Ezra, whose family owns the Israeli food importing company Neto ME Holdings. The couple were married in September 2015 at a venue in Haifa that was controversially put under a no-fly zone.

The baby’s name is Elle. She joins sister Liv, 14 months.

“Our hearts are full of love right now, as I am excited to announce I am a mom of two,” Refaeli said in a statement. “We welcomed Liv’s little sister, Elle, into the world on Friday, Oct. 20 at 8:50 p.m., weighing 3 kilos. We are all happy, healthy and eager to start this new chapter in our lives.”

Refaeli is currently seen on local television as the host of Israel’s X-Factor. She is considered Israel’s leading female model and was featured on the cover of the 2009 Sports Illustrated swimsuit issue. She is a former girlfriend of the Hollywood film star Leonardo DiCaprio and in 2012 was voted No. 1 on Maxim magazine’s Hot 100 list.