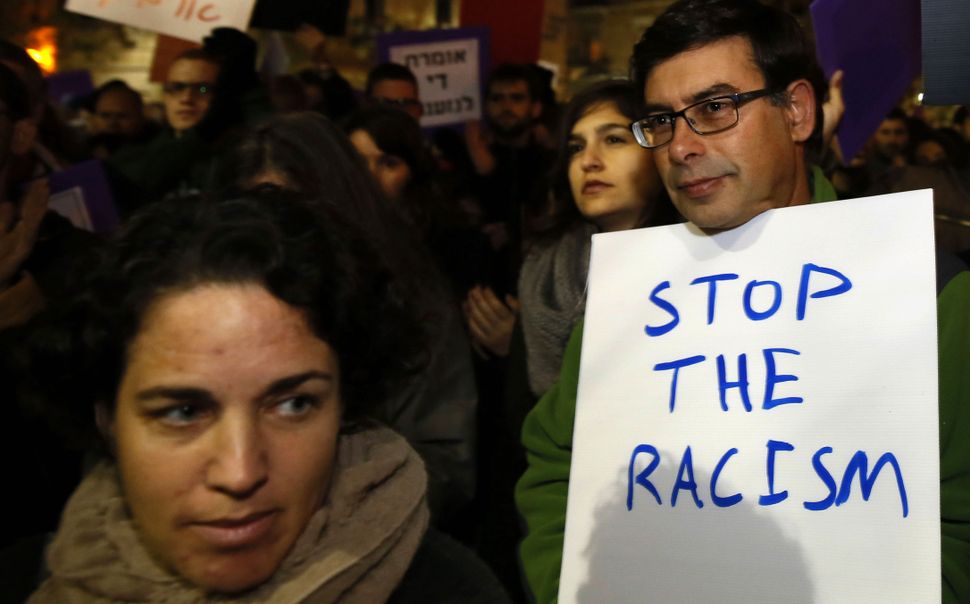 JERUSALEM (JTA) — The leader of an Israeli extremist anti-coexistence group was arrested for allegedly threatening Jewish women in relationships with Arab men.

Benzi Gopstein, leader of the Lehava organization, was arrested late Saturday night after a police raid on his home. The Jerusalem Magistrate’s Court on Sunday remanded him to house arrest.

Fourteen other Lehava members also were detained for questioning, according to reports. Most were released shortly after.

Lehava calls for the separating of Jews and Arabs; it opposes intermarriage and interdating, as well as joint Jewish-Arab initiatives.

“Fifteen suspects known to the police as active in the Lehava organization were arrested or detained for questioning during the night as part of a police investigation on suspicion that they acted to locate and threaten Arab minority members with connections to Jewish young women,” the police said in a statement on Sunday.

“No one has accused me of assault. I only said that her grandfather and grandmother are crying over it in heaven,” Gopstein also said. He said that his organization works within legal limits. “Every arrest like this one only makes me and the Lehava organization stronger,” he added.

During the police raid on his home, Gopstein’s computer, cell phone and documents were taken, according to the report.

Gopstein was detained and questioned by police in August 2015 after he announced his support for the torching of churches and mosques.