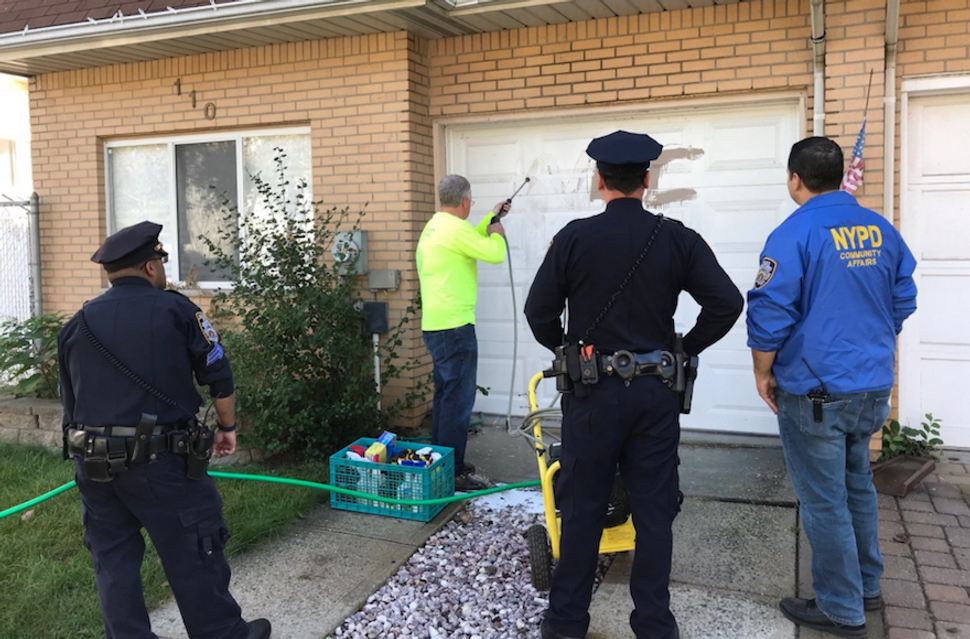 (JTA) — The man who painted a swastika and an anti-Semitic slur on a Staten Island garage door told police that he knew the family who lived there was Jewish “because of the way they spoke.”

James Rizzo, 37, was arrested on Thursday and arraigned on Friday, four days after he vandalized his neighbor’s house in Staten Island with the large swastika and the misspelled slur “Kyke.”

Prosecutors at his arraignment said Rizzo, who has a criminal record, admitted that he committed the crime, DNAinfo reported. He is charged with two counts of criminal mischief as a hate crime and aggravated harassment. He is being held on $10,000 bail. Rizzo’s lawyer that he has mental health issues but refused a psychological examination.

Debra Calabrese, who has lived in the house for 14 years, originally told local media that she did not plan to paint over the graffiti, because she wanted people to see it, despite urging by police to cover it up once their investigation was completed.

Following Rizzo’s arrest, a special clean-up team arrived at the home to power wash and repaint the garage door, at the behest of local city councilmen.