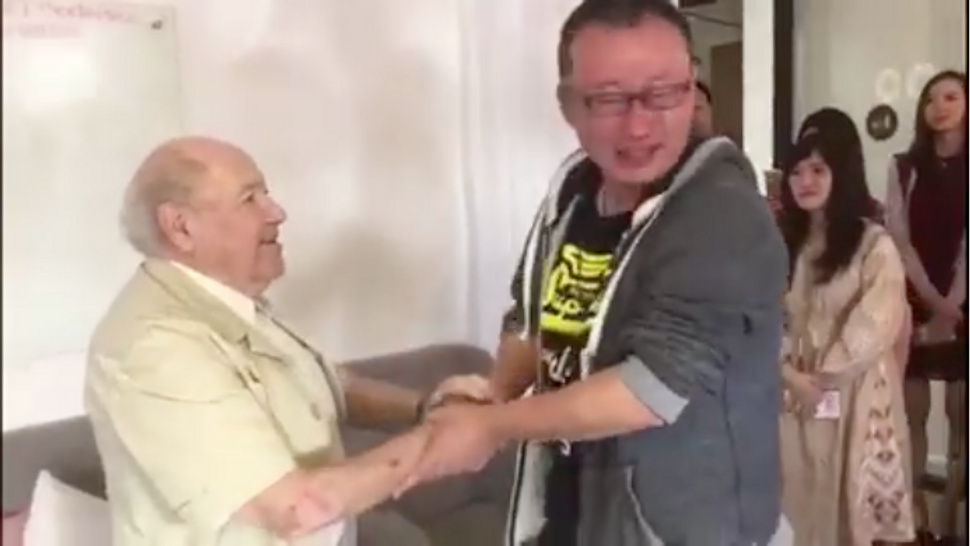 An influential Chinese blogger wept as he met with Holocaust survivor and author Solomon Perel, Ynet News reported. Yan Jingsheng has millions of followers on Weibo, China’s version of Twitter, and Perel is author of the book “Europa, Europa.” The two met when Perel gave a talk to a delegation of Chinese bloggers in Israel last week.

Jingsheng said it was a dream of his to meet Perel ever since he read the survivor’s celebrated book and saw the movie based on it.

“I never believed it could happen,” he said.

“The meeting was divine providence,” Perel said. “It’s like finding a pin in the middle of the ocean. I’ve never met any Chinese people, and the first one I came across knows me and my tale and was moved to tears at meeting me. Now I’m choked up with tears.”