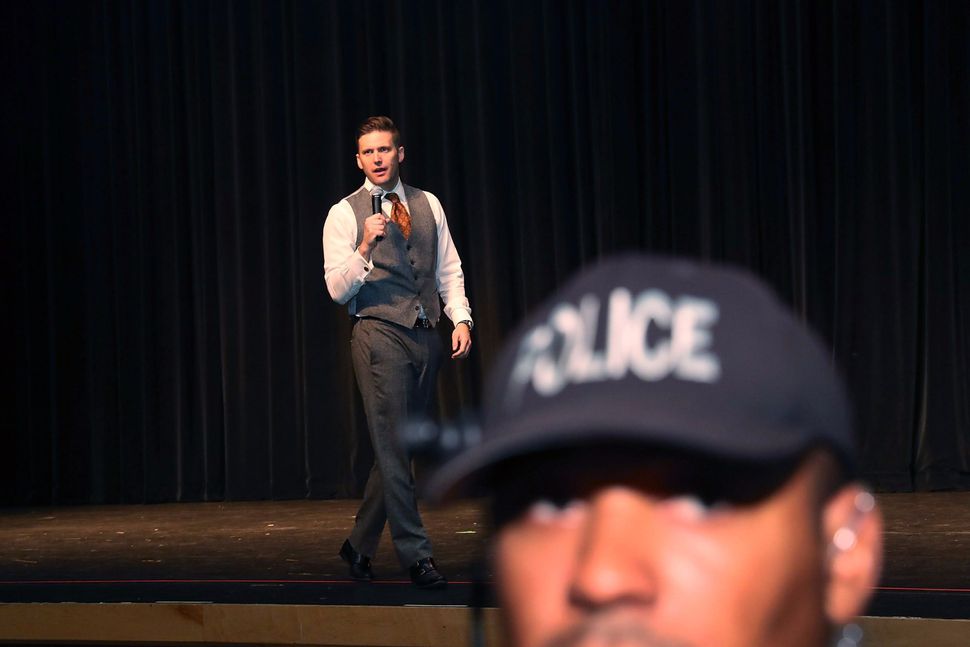 An organizer of campus tours for white nationalist Richard Spencer is suing Ohio State University in federal court after the school refused to rent campus space to Spencer, citing a “substantial risk to public safety.”

“The University values freedom of speech,” the school wrote in a letter to Spencer’s tour organizer Cameron Padgett. “Nonetheless, the University has determined that it is not presently able to accommodate Mr. Padgett’s request to rent space at the university due to substantial risks to public safety, as well as material and substantial disruption.”

This comes days after Spencer’s speech at the University of Florida, which disrupted campus life and attracted hundreds of protestors. The governor of Florida declared a state of emergency before the speech, and security costs for the event have been estimated at $600,000.

In the hours after the speech, three men were arrested after allegedly making Nazi salutes, repeating Hitler chants and then shooting at a group of protesters. The gunshot missed the group of six to eight protesters and the men were apprehended later that night, according to police.

Spencer’s team has sued other universities for denying them a platform. When Michigan State University refused Spencer a space last month, for example, Padgett also sued the school, in a case that has yet to be resolved.