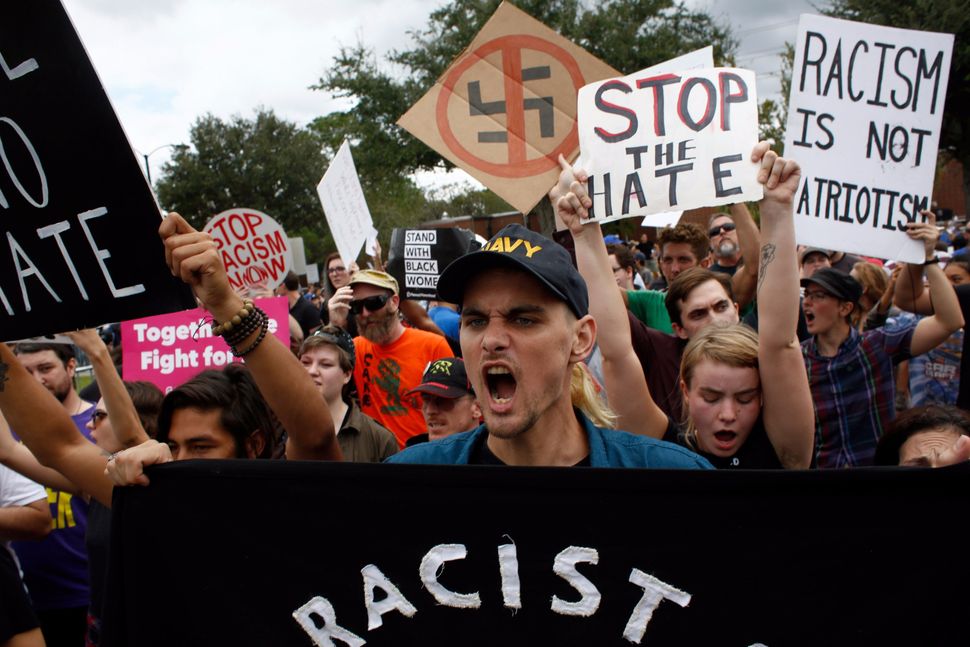 Three supporters of white nationalist Richard Spencer were arrested Thursday for their role in a shooting that followed an afternoon speech by Richard Spencer at the University of Florida.

The three men accosted a group of protesters outside Spencer’s speech and shouted chants about Hitler and gave Nazi salutes, according to a release from the Gainsville Police Department. One of the men, 28-year-old Tyler Tenbrink, reportedly fired a handgun at the crowd. No one was hit, and the single shot struck a building nearby.

Tenbrik and the two other men, 30-year-old William Fears and 28-year-old Colton Fears, are all from Texas and were arrested Thursday night about 20 miles from Gainsville, where the altercation took place.

Wesley Durrance, a 27-year-old Gainesville resident, told The Gainesville Sun that his friends were shot at because they were carrying anti-Nazi signs protesting Spencer’s visit. Durrance said his friends told him the men shouted “Sieg Heil” before firing the shot.