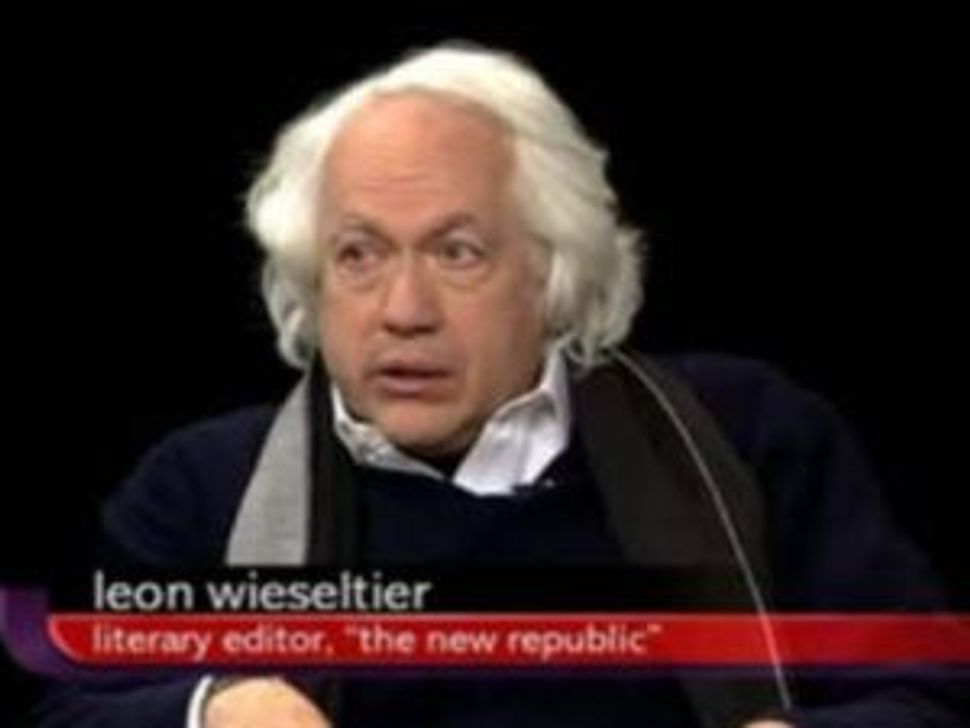 Jewish intellectual Leon Wieseltier has been let go from his role in starting a new magazine after its ownership learned of “past inappropriate workplace conduct,” Politico reported Tuesday.

Wielseltier, the longtime literary editor of The New Republic magazine, had been working this year on launching a new publication for the Emerson Collective, a company owned by Laurene Powell Jobs, the widow of Steve Jobs.

“Upon receiving information related to past inappropriate workplace conduct, Emerson Collective ended its business relationship with Leon Wieseltier, including a journal planned for publication under his editorial direction. The production and distribution of the journal has been ended,” the company said in a statement.

Wieseltier had been named on a document circulating through the media world, called “S—-ty Media Men,” which contains anonymous accusations against many prominent media figures.

Wieseltier released an apology in a statement. “For my offenses against some of my colleagues in the past I offer a shaken apology and ask for their forgiveness,” he said. “The women with whom I worked are smart and good people. I am ashamed to know that I made any of them feel demeaned and disrespected. I assure them that I will not waste this reckoning.”