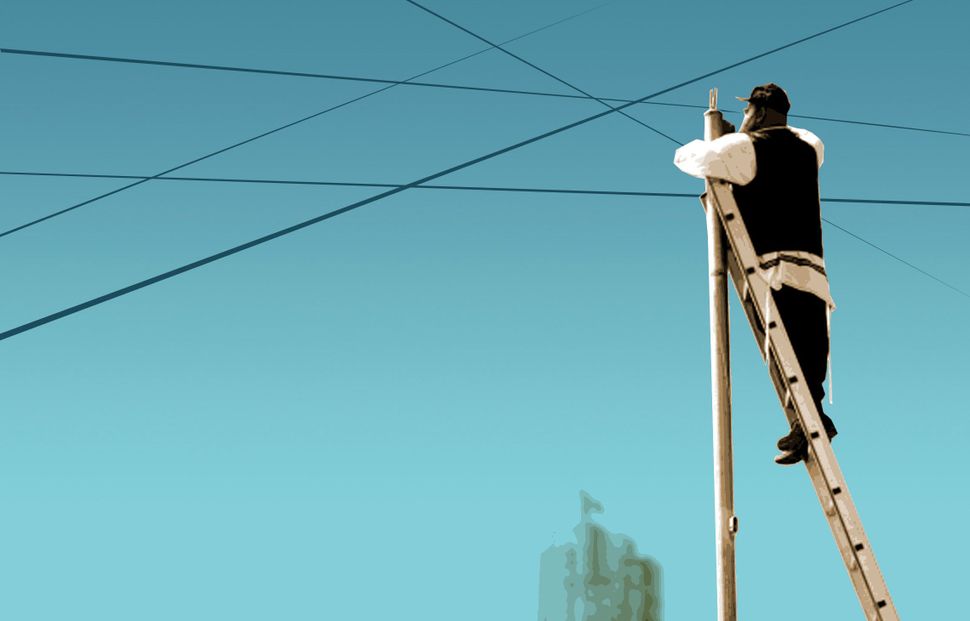 (JTA) — Three New Jersey towns are being sued for legislating against the construction of an eruv in their borders.

The frontrunner in the state’s gubernatorial race also criticized the towns’ actions in an op-ed in a local Jewish newspaper.

A few New Jersey towns on the border with New York have been trying for months to prevent the construction of an eruv, the artificial boundary that, according to Jewish law, allows Jews to push and carry objects outside their homes on the Sabbath and holy days. The eruv, in many cases is meant to accommodate Jews in the neighboring New York villages.

One of the border towns, Mahwah, passed ordinances prohibiting out-of-state residents from using its parks and prohibiting the construction of some materials necessary for the eruvs’ construction. The state of New Jersey has sued Mahwah over the ordinances, which it says illegally target Jews, according to a report Tuesday in the Associated Press.

Another lawsuit from the Eruv Association, which puts up and maintains the eruv, targets Mahwah and the nearby towns of Upper Saddle River and Montvale for illegally inhibiting Jews from practicing their religion, according to the Bergen Record.