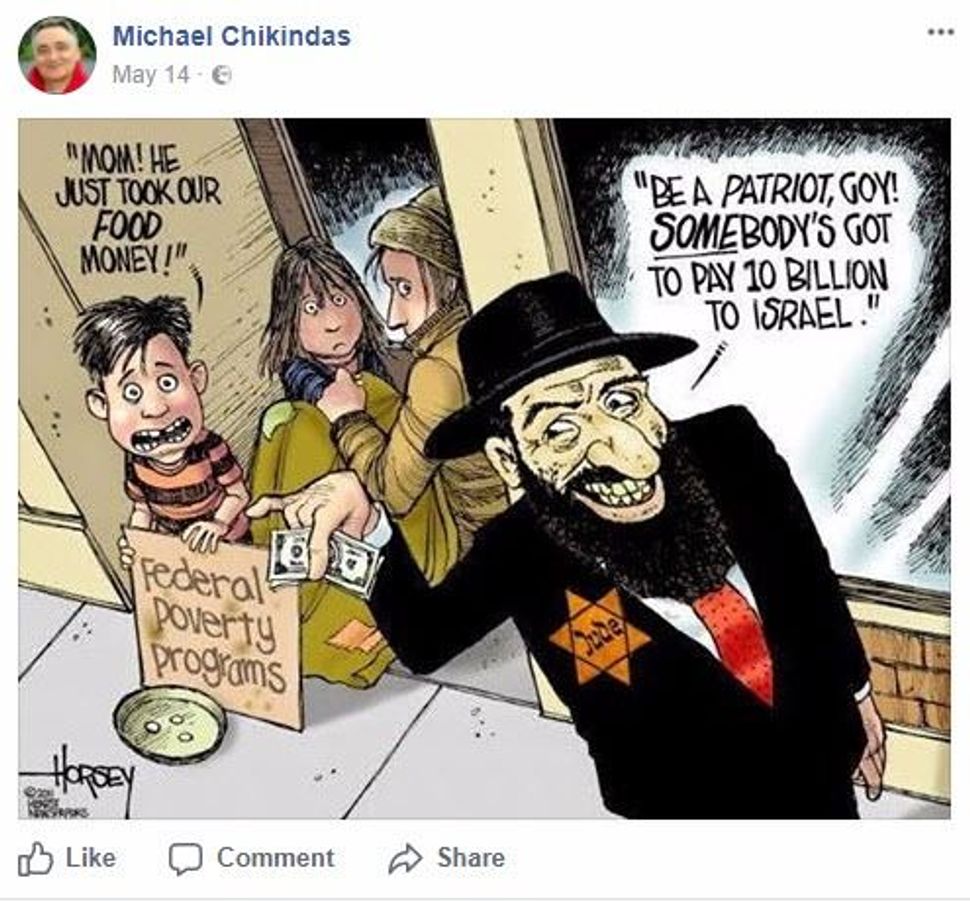 A Rutgers University professor has published multiple anti-Semitic social media posts in recent months — including blaming the Armenian genocide on Jews and describing Judaism as “the most racist religion in the world.”

Michael Chikindas, a microbiology professor at Rutgers’ department of food science, posted a flurry of anti-Jewish conspiracies on Facebook in the spring. Chikindas posted the anti-Semitic hook-nosed meme “the happy merchant” and described orthodox Judaism and Zionism as “the best of two forms of racism.”

The months-old posts (which have since been deleted) were first reported by the site Israellycool on Monday. It’s unclear why the posts bubbled to the surface only now.

When reached for comment by the Algemeiner, Chikindas denied he was anti-Semitic, saying that he was previously married to a Jewish woman, had a Jewish child and claimed Jewish roots himself.

A Rutgers spokesperson told The Algemeiner that the professor’s posts were “antithetical” to the “university’s principles and values of respect for people of all backgrounds, including, among other groups, our large and vibrant Jewish community.”