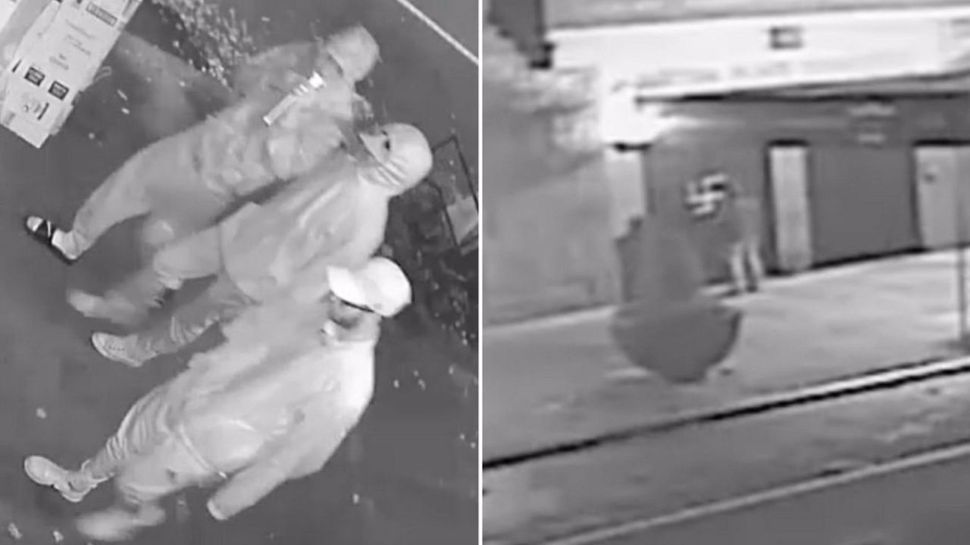 Three men spray-painted a large pink swastika on the door of an Upper East Side synagogue early Wednesday morning.

The vandals were recorded on security cameras as they spray-painted Sutton Place Synagogue, a congregation at 225 East 51 Street, DNAinfo reported. The video shows one of the men also painting a swastika on the door of the building across the street.

“The only way to combat hatred is to stand together, pray together and love each other,” Rabbi Rachel Ain, the spiritual leader of the congregation, wrote in a public Facebook post.

A hate crime task force is investigating the incident.

In August, a swastika was found on the doorway of an Upper West Side church that shares space with the Jewish congregation B’nai Jeshurun.