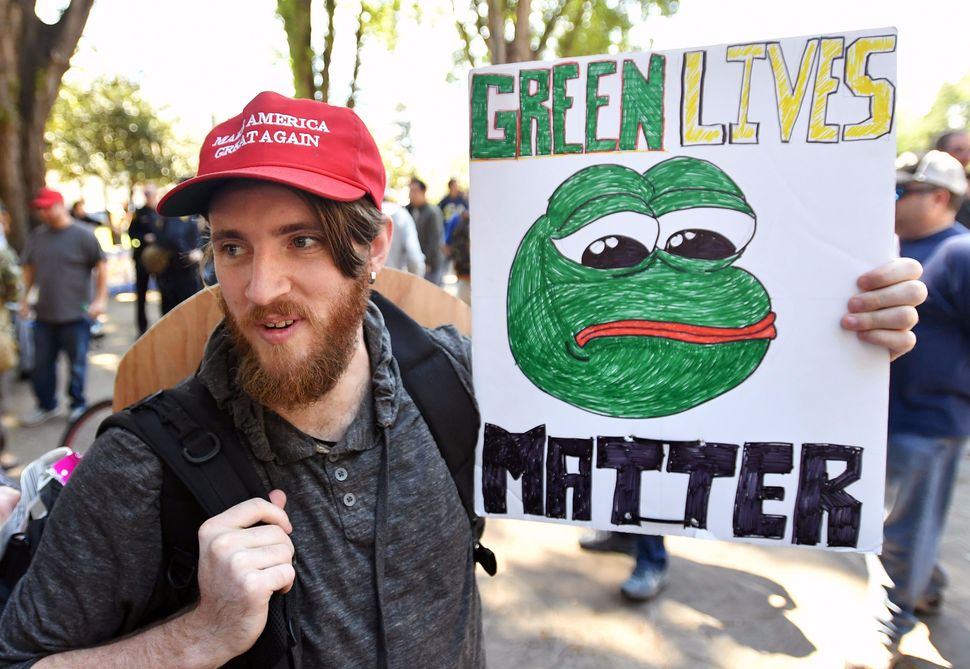 Over the last year the “alt-right” white nationalist movement has sought to look as non-threatening as possible in hopes of reaching a more mainstream audience. This includes an unofficial type of preppy uniform, haircut — and music genre.

“The alt-right struggled to find a sound appropriate to its carefully constructed façade,” the Southern Poverty Law Center wrote in a recent post.

Punk and metal, favored by another generation of white nationalists, wouldn’t do — they decided on a techno style known as Syntheave. Synthwave is a contemporary genre that draws influence from 1980s film soundtracks and video games.

“Now, the alt-right has coopted Synthwave,” the SPLC wrote, “calling it ‘fashwave,’ in another facet of the movement’s attempt at normalizing hate.”

Richard Spencer and neo-Nazi Andrew Anglin have helped crystallize the aesthetic of the “alt-right,” including this new type of sound.

According to the SPLC, Fashwave seems to have first appeared on the internet in November 2015. “The music is composed of unremarkable synthesizers and samples … you likely wouldn’t realize this was white nationalist music until you read the song titles,” the SPLC writes. “Fashwave sounds innocuous, which is precisely the alt-right’s goal.”