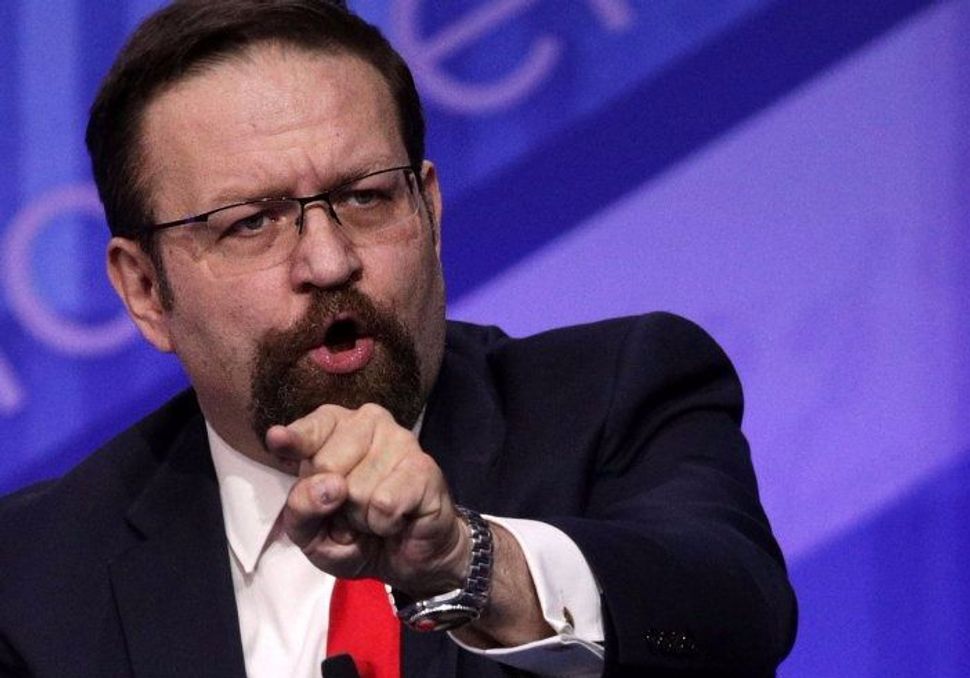 “If this had happened in the 1950s, there would be people up on treason charges right now,” Gorka said, according to a clip circulated by the liberal group Media Matters for America. “The Rosenbergs, okay? This is equivalent to what the Rosenbergs did, and those people got the chair. Think about it. Giving away nuclear capabilities to our enemies, that’s what we are talking about.”

Gorka was discussing questions over Clinton’s connections as head of the State Department to a 2010 deal that gave a Russian firm control, through a Canadian company, of over a fifth of American uranium production capacity.