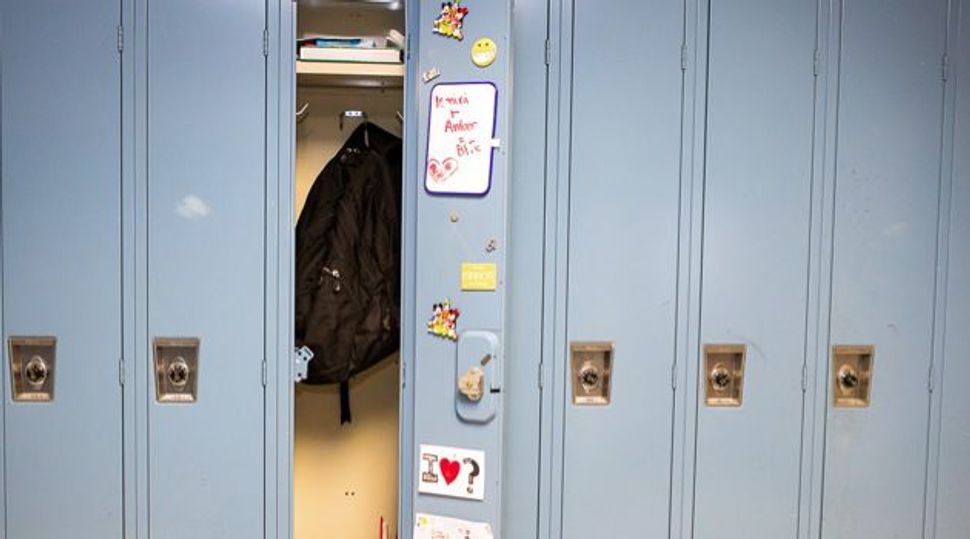 (JTA) — A note reading “Jews will burn” was left on the locker of a sixth grader at a middle school in southwestern Connecticut.

The superintendent of the Wilton city schools, Kevin Smith, told parents of students at Middlebrook Middle School about the incident in a letter sent home on Friday.

The letter said that students caught committing such acts “will be prosecuted to the fullest extent of the law and subject to suspension and expulsion, according to Connecticut News 12.

Swastikas were found drawn on the walls of the middle school’s bathroom twice this month, according to the report. A student confessed to one of those incidents.

In a letter sent home to parents earlier this month, the school’s principal said: “The student was not personally intending to make an anti-Semitic statement. Of course, this in no way decreases the negative impact this has had on our school community.”

Meetings were scheduled with the school’s parent community to discuss the incidents.