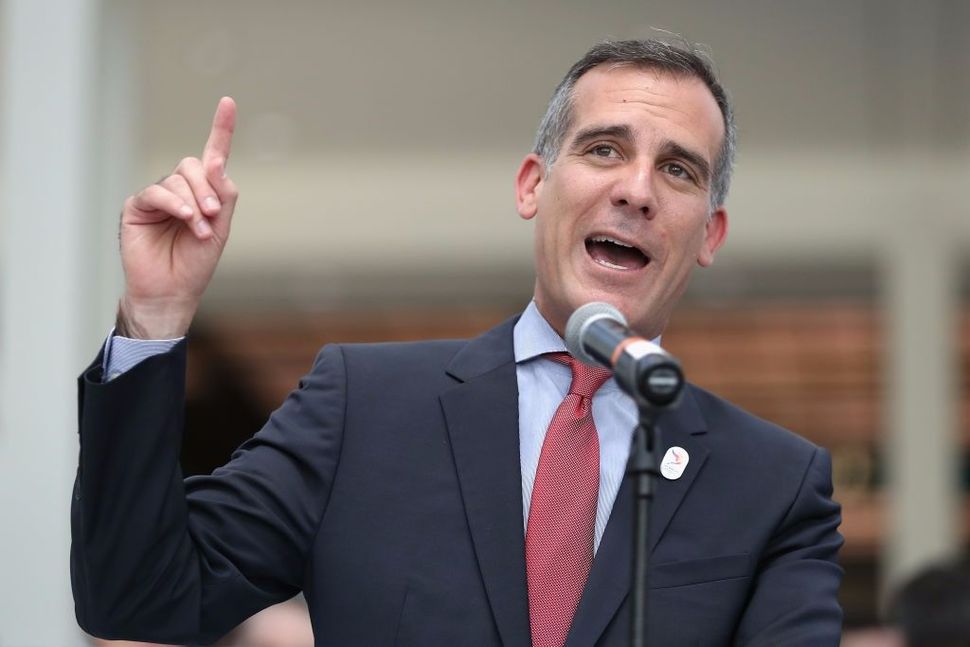 Los Angeles Mayor Eric Garcetti announced Sunday that he will not run for governor of California in 2018—thereby raising questions about whether the next campaign he wants to run is for president in 2020.

“I have decided not to run for Governor of California,” Garcetti wrote on Twitter. “I am passionate about my city and my family; both are here in Los Angeles. We have a lot of work left to do to build a stronger city, state, and nation and I know I can best build on our progress here in LA. I can’t wait to wake up tomorrow and continue the work we have started together. Oh yeah, and Go Dodgers!”

Garcetti, who has served as mayor of the United States’s second-largest city since 2013, has recently traveled to states that are significant for presidential contenders — New Hampshire, home of the first presidential primary, and Wisconsin, one of the most important swing states. He is also scheduled to travel to South Carolina, home of the first primary in the South.

No sitting mayor has ever been nominated for president.

Garcetti, 46, is Los Angeles’ first Jewish mayor and second Mexican-American mayor. He was reelected in March with over 80% of the vote.