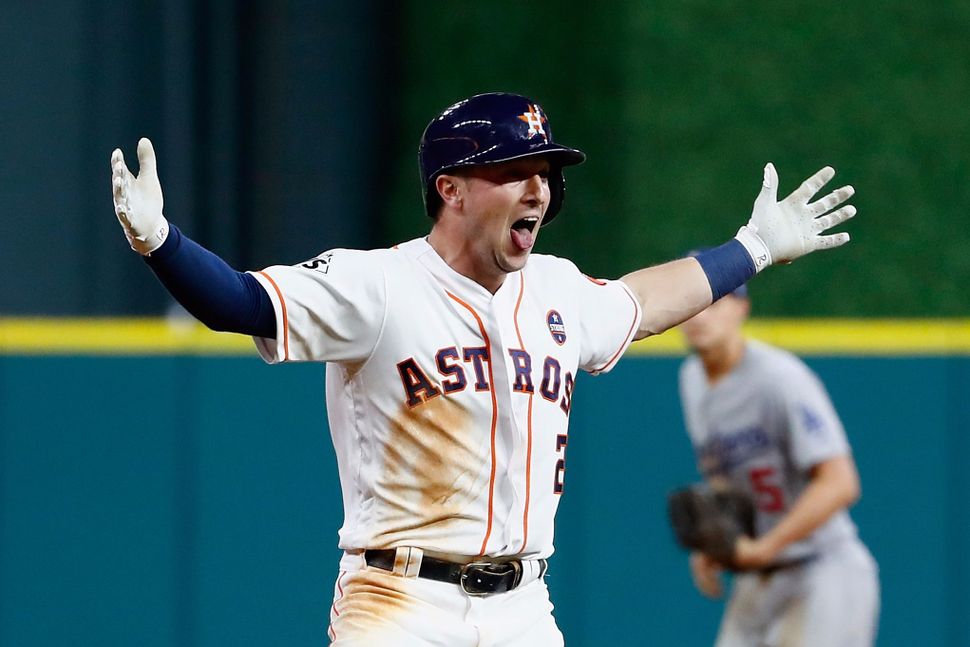 “You had to see it to believe it” can be a tired cliche. Sometimes, it is all that is left.

In a marathon World Series game that defied the odds, defied belief, and, with home run flying out of the ballpark at a record-setting pace, defied gravity, the Houston Astros outlasted the Los Angeles Dodgers 13-12 in 10 innings. It was nearly 2:00 am Eastern on Monday when Houston’s Jewish star-in-the-making, Alex Bregman, put the game to bed on a walkoff hit.

The 23-year-old singled in the bottom of the 10th to close the book on a game that had it all — 28 hits, 25 runs, 14 pitchers and seven home runs. The game lasted five hours and 17 minutes—the second-longest game in World Series history.

The Dodgers held 4-0 and 7-4 leads, but were forced to overcome a three-run deficit of their own in the ninth inning. Their late comeback set the stage for Bregman, who lined the ball into center field to score Derek Fisher. It was his second hit of the game and sixth of the World Series.

Bregman, a descendant of Russian-Jewish immigrants, grew up in Albequerque, New Mexico, and was a member of Congregation Albert, a Reform synagogue.