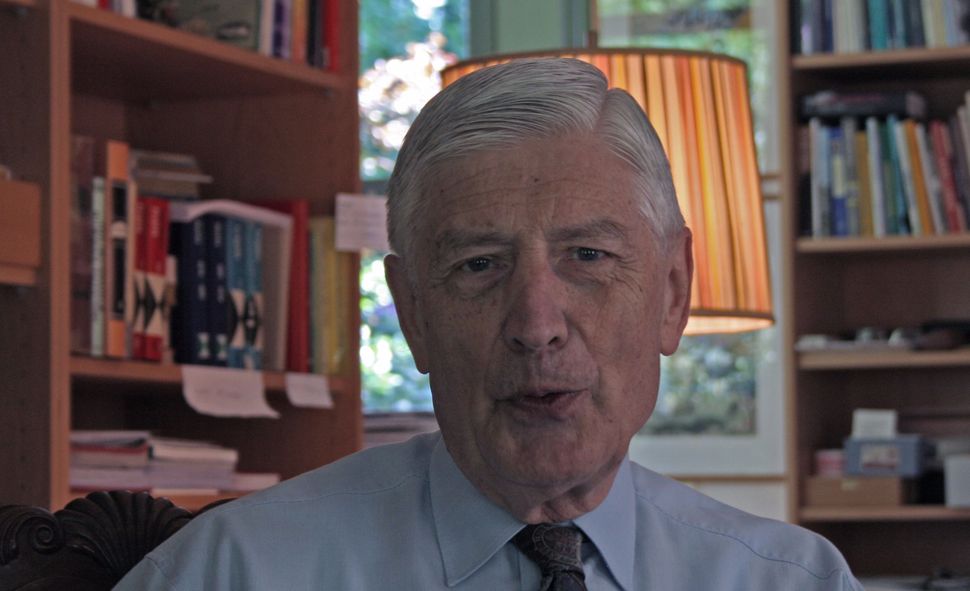 AMSTERDAM (JTA) — A leader of Dutch Jews criticized a former prime minister of the Netherlands for using a word that is widely associated with the Holocaust to describe arrests by Israel of Palestinians.

Ex-premier Dries van Agt, a pro-Palestinian activist who in 2012 said Jews should have “gotten a piece of land in Germany” instead of Israel because “World War II had nothing to do with the Middle East,” used the word “razzia” on Twitter to describe the arrests of terror suspects last week.

No one died in the arrests.

Originating in Arabic, the word means invasion or raid. But according to Ronnie Eisenmann, a former leader of the Jewish Community of Amsterdam and current chairman of the pro-Israel Center for Information and Documentation on Israel, “it is mostly used in the Nazi context” in Dutch.

According to the ENSIE Dutch-language encyclopedia, “the word ‘razzia’ in the Netherlands is mostly used in connection with the time of the German occupation.”

Eisenmann called Van Agt’s use of the term “unacceptable and inappropriate,” adding that Dutch Jews “are used to this by now from Van Agt.”