City Of Charlottesville Blamed For Handling Of Violent March 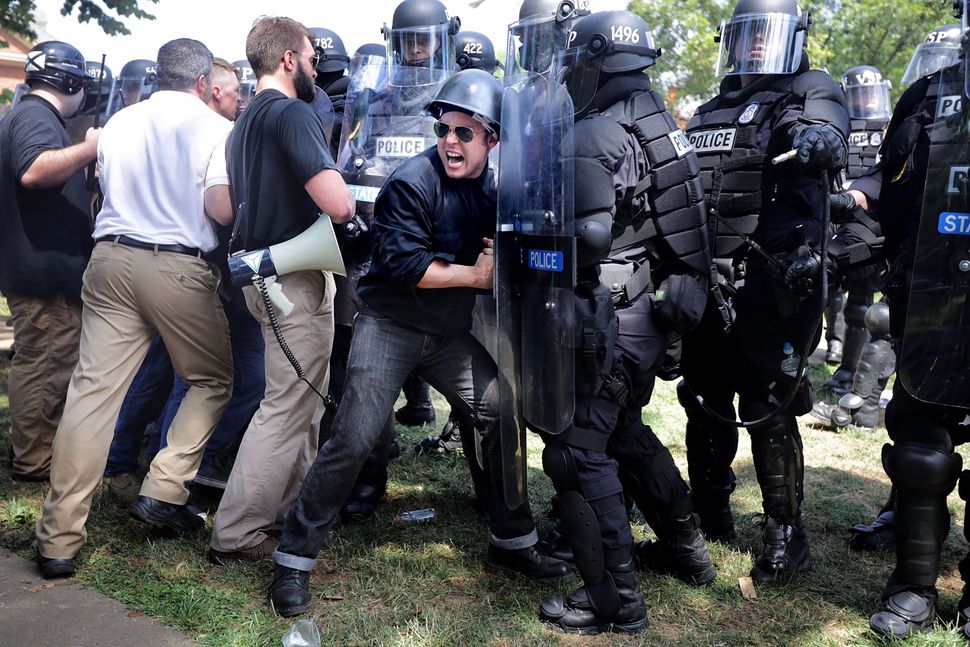 An early official report is blaming the city of Charlottesville, Virginia, for the violence that occurred in the city on August 12 during a white supremacist rally — saying the city had been warned about possible violence, including a potential car attack.

According to the report, the city mishandled the rally in a number of ways. City leaders did not take security recommendations leading up the “Unite the Right” rally, the report charged, and also had an “inadequate permit process,” which resulted in confusion in the days leading up to the rally.

International Chiefs of Police Director Jim W. Baker said the city had been warned about possible violence, including a potential car attack. During the clashes a car plowed into a crowd of counter-protestors, killing one woman.

The rally was organized ostensibly to protest the removal of a Confederate statue in Charlottesville, but snowballed into a much larger cause for the “alt-right” and white supremacists, with some flying swastika flags and giving Nazi salutes.

City Of Charlottesville Blamed For Handling Of Violent March