Warring Brooklyn Candidates Agree On One Thing: No Yeshiva Reform 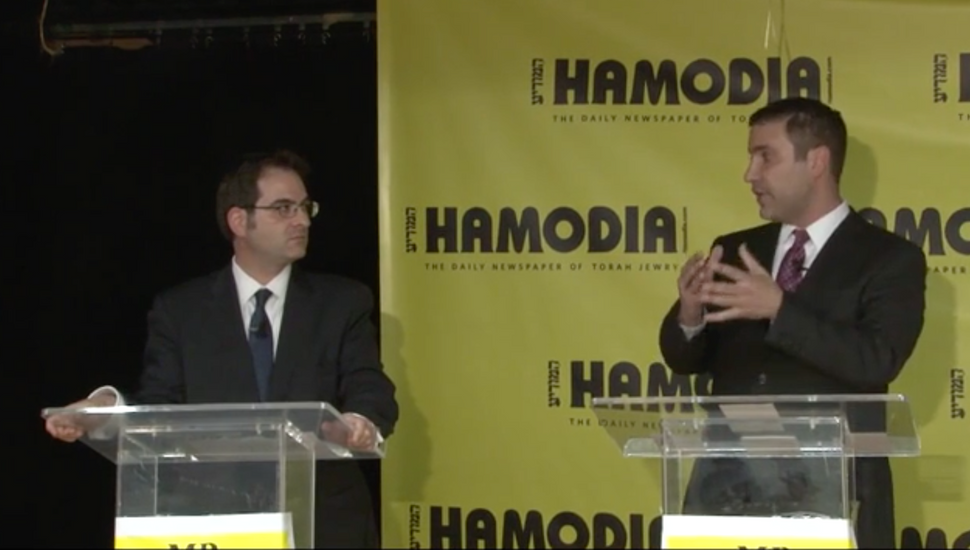 Amid a blistering City Council campaign in the Orthodox-dominated neighborhood of Boro Park, two warring candidates have found a rare point of agreement: Both dislike the advocates seeking to improve secular education at Hasidic Yeshivas.

“I don’t want any outside group, I’m not going to give them airtime by mentioning their name, but they are on an attack against our yeshivas,” said candidate Kalman Yeger at a debate hosted by the Orthodox newspaper Hamodia, according to a report on the website Vos Iz Neias.

“I will fight them,” Yeger said. “We have to be vigilant. They cannot set foot in our yeshivas, period.”

Yeger, an attorney, is running on the Democratic line, which he received after predecessor David Greenfield declined to run for reelection. Hikind is the son of longtime Assemblyman Dov Hikind.

Warring Brooklyn Candidates Agree On One Thing: No Yeshiva Reform