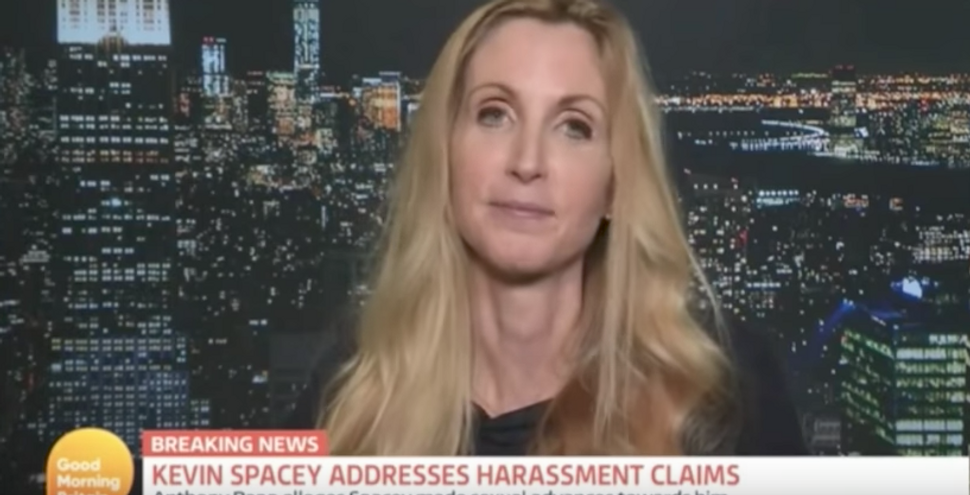 Political provocateur Ann Coulter said that the emergence of allegations of sexual harassment and assault against Harvey Weinstein and others has been “a lot of fun.”

“I love all of the allegations coming out against all of these big Hollywood types,” Coulter said in an appearance on U.K. television program Good Morning Britain.

Since allegations against Harvey Weinstein were first reported earlier this month, a wave of stories have emerged about sexual harassment and assault in a range of industries.

After Coulter’s comment, Good Morning Britain’s host pushed gently back, saying: “Not a lot of fun for the women, or indeed the men, who are making the allegations, it should be said.”