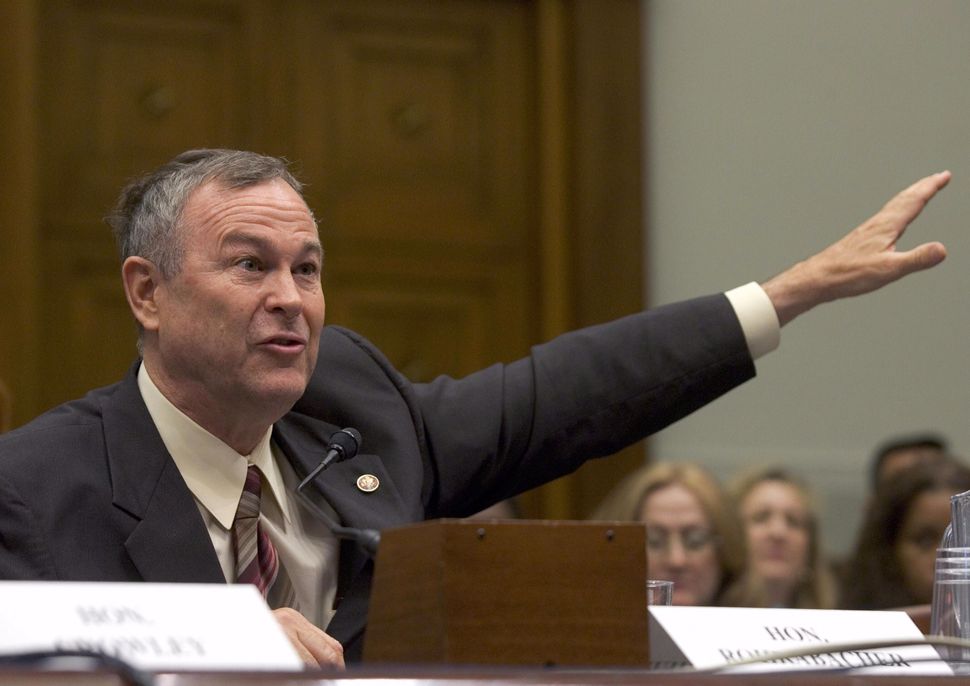 Representative Dana Rohrabacher defended his allowing a known Holocaust denier to sit in on a meeting on Capitol Hill, Jewish Insider reported. The Republican said that Charles Johnson, who has said that Auschwitz was “not real,” was not invited to the meeting but simply asked not to leave.

“I strongly disagree with him on a number of topics, which happen to be those same beliefs you mention in your letter,” Rohrabacher wrote in a letter to the ADL. “That said, he also agrees with me on other very significant issues. I welcome his support on those issues of agreement and oppose those ideas on which we disagree.”

Rohrabacher added that he hopes to have a “positive influence” on Johnson, a blogger and former writer for Breitbart News who has said he doesn’t believe there were 6 million Jews killed in the Holocaust.

In his letter, Rohrabacher compared “radical Islam” to Hitler, saying it makes “the same threats.”

In May, the New York Times reported that Rohrabacher, who is an outspoken supporter of Vladimir Putin, was notified by the FBI as being a possible target of recruitment by Russian spies.