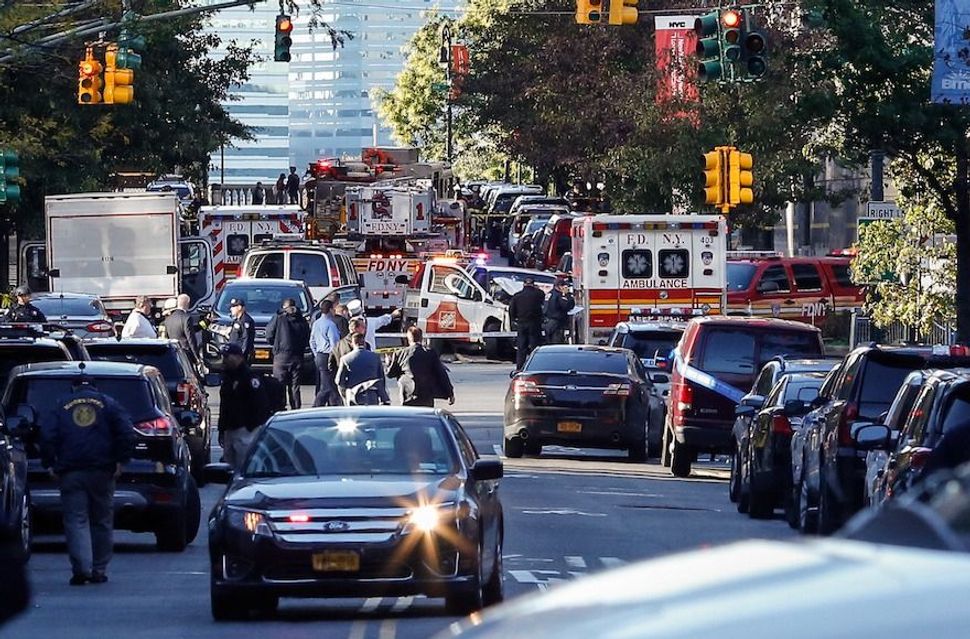 A pickup truck driver who shouted “Allah akhbar” killed eight people and injured more than a dozen others when he drove down a New York City bike path on Tuesday afternoon in what authorities said was a terrorist attack.

The 29-year-old driver was shot by police in the abdomen and taken into custody after he crashed the truck into a school bus and fled his vehicle, New York City Police Commissioner James O’Neill told a news conference.

A spokesperson for the U.S. Department of Homeland Security called the incident an “apparent act of terrorism.”

Asked at the news conference about reports that the driver shouted “Allahu akhbar” – which is Arabic for “God is greatest” – O’Neill said that a statement made by the suspect when he exited his truck and the general circumstances of the assault led investigators to label the incident a “terrorist event.”

The attack took place at the corner of Chambers Street next to prestigious Stuyvesant High School, which was placed on lockdown.

Five of the victims were Argentinians on a trip to celebrate a school reunion and one was Belgian.

The suspect is Sayfullo Saipov, 29, a legal immigrant from Uzbekistan, according to the Washington Post.

This is a very painful day in our city, but New Yorkers will not be changed by an act of terror. pic.twitter.com/pJWVyihFaW