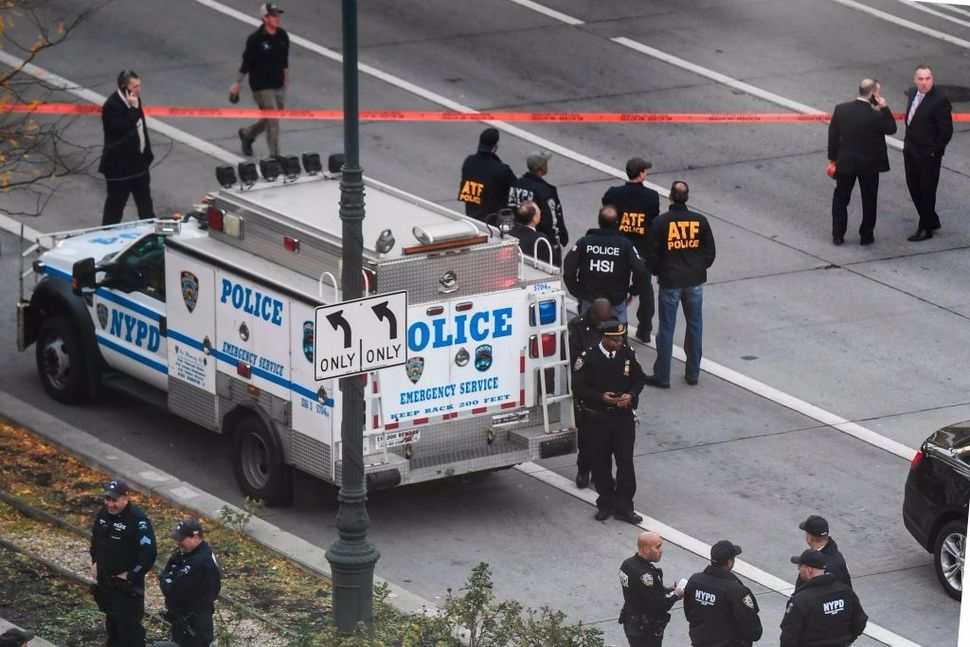 “I have always believed and continue to believe that immigration is good for America,” Schumer, the Senate minority leader, said in a statement on Wednesday. “President Trump, instead of politicizing and dividing America, which he always seems to do at times of national tragedy, should be focusing on the real solution — anti-terrorism funding — which he proposed cutting in his most recent budget.”

Trump had on Twitter on Wednesday morning repeated a report that Sayfullo Saipov, an Uzbekistan citizen suspected in the attack that killed eight people in Lower Manhattan, had obtained a Green Card, or residency status, in 2010 through the so-called “Diversity Visa” lottery program.

Schumer helped author the lottery system when he was a member of the U.S. House of Representatives in the early 1990s. Originally, it was tailored for potential Irish immigrants, but eventually expanded to other countries, including Israel. More recently, he has been a leading advocate of replacing the system with the merit-based system Trump apparently prefers.

In remarks Wednesday on the Senate floor, Schumer contrasted the president’s approach with George W. Bush after Sept. 11, 2001.

“President Trump, where is your leadership?” he asked.