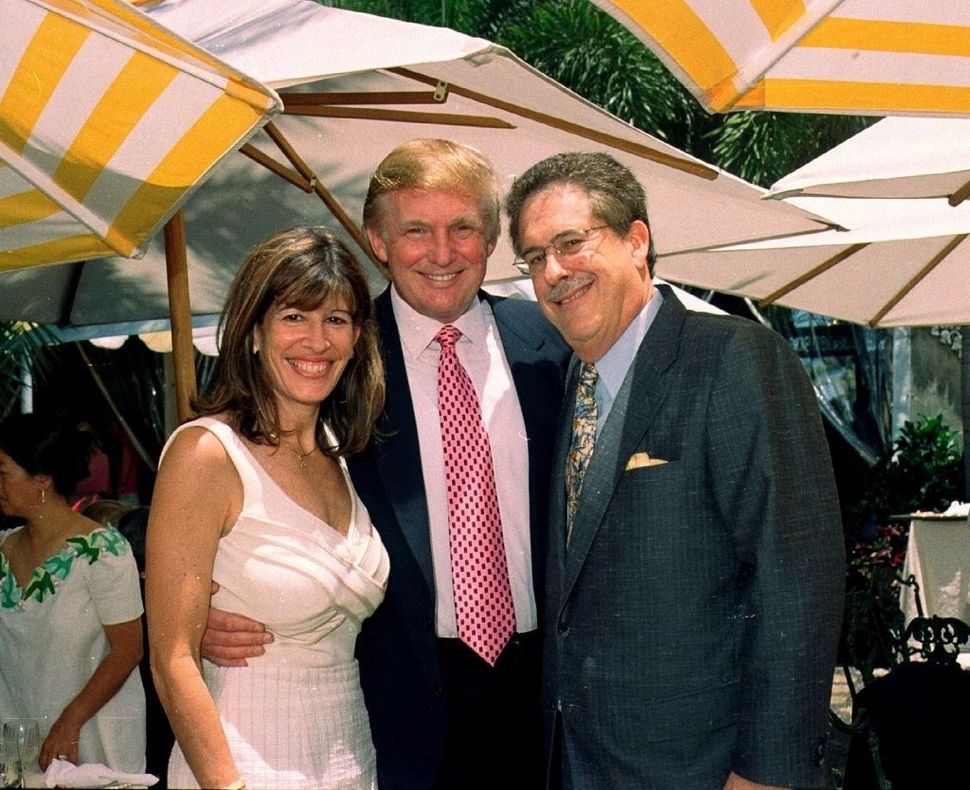 President Trump has nominated Robin Bernstein (L), a member of his Mar-a-Lago club, as ambassador to the Dominican Republic. Trump, Bernstein and her husband Richard are seen at a Mar-a-Lago event in 2000. Image by Davidoff Studios/Getty Images

President Trump has officially nominated Robin Bernstein, one of the founding members of his Mar-a-Lago club, to be U.S. ambassador to the Dominican Republic.

Bernstein is the president of Richard S Bernstein & Associates, a high-end life and health insurance company she started with her husband in 2004. Trump is reportedly one of their clients.

Bernstein is a former Democrat, having worked in administrative roles on Sen. Scoop Jackson’s 1976 presidential campaign and in the Department of Commerce during the Carter presidency. But she served as a Florida delegate at the Republican National Convention last year.

Bernstein told the Palm Beach Post last year that she was supporting Trump because of his business acumen. “You don’t build a business like that, an international empire, by being a pussycat,” she said after a fundraiser. “You have to be tough. You have to be resolute. You have to be firm. And you have to be strong.”

Both Bernsteins are supporters of many charitable organizations in South Florida. Robin Bernstein once served as the president of the Jewish Arts Foundation. Richard Bernstein served on the board of the Palm Beach County Jewish Federation, according to his business’s website.

The White House announcement of Bernstein’s nomination noted that she “speaks French and basic Spanish.”

Presidents of both parties have long nominated friends and fundraisers to serve as ambassadors in cushy positions. Wally Brewster, the last ambassador to the Dominican Republic during the Obama administration, helped raise more than $1 million towards Obama’s reelection.