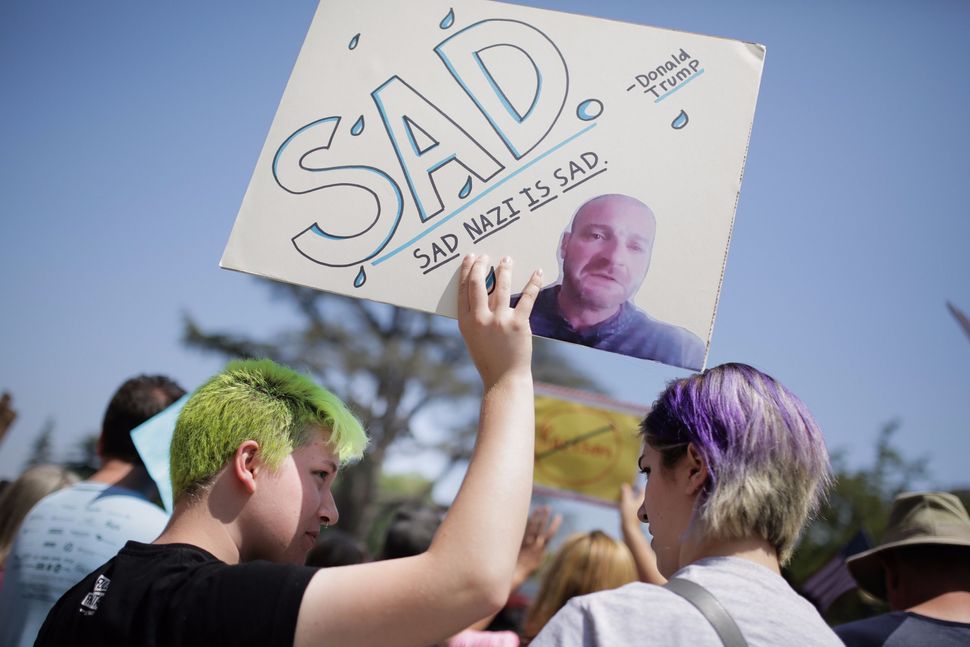 Christopher Cantwell, a white nationalist who famously wept over being wanted by the police in the wake of this summer’s violent Unite the Right rally, is now hosting a web radio show — from behind bars.

He is boasting that he is a “political prisoner” and reading up on anti-Semitic books while jailed.

Cantwell’s transformation to radio host has happened over the course of the last two months, the Washington Post reported.

Cantwell appears online with other white supremacists like David Duke and solicits donations for his legal defense.

Cantwell starred in a Vice News documentary about the white nationalist rally — where he spoke about how he hated Jews and proudly brandished a suitcase of weapons. He became known online as the “crying Nazi” after posting an emotional video about his arrest warrant. Cantwell was charged with one count of malicious bodily injury and two felony counts of illegal use of tear gas.