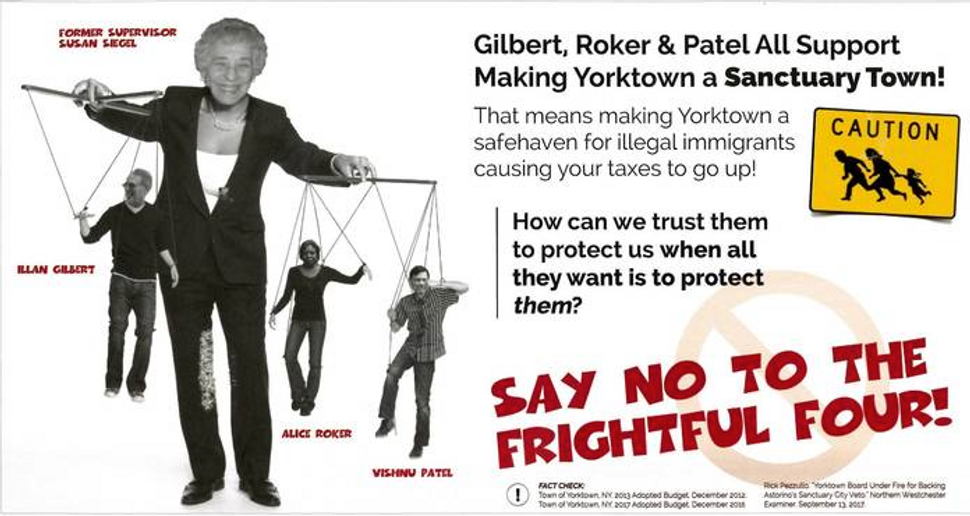 A flier mailed to suburban New York voters by a Republican group depicts a local Jewish politician as a puppeteer, according to a WABC report.

“The racist, nativist, bigoted, intolerant, immigrant-bashing character of this lit piece was not lost on its Republican authors or publishers,” Yorktown Democratic Committee officials told the Yorktown News.

Alice Roker, one of the Democrats depicted as a puppet, told the Yorktown News that the mailer is “filled with racist overtones.”