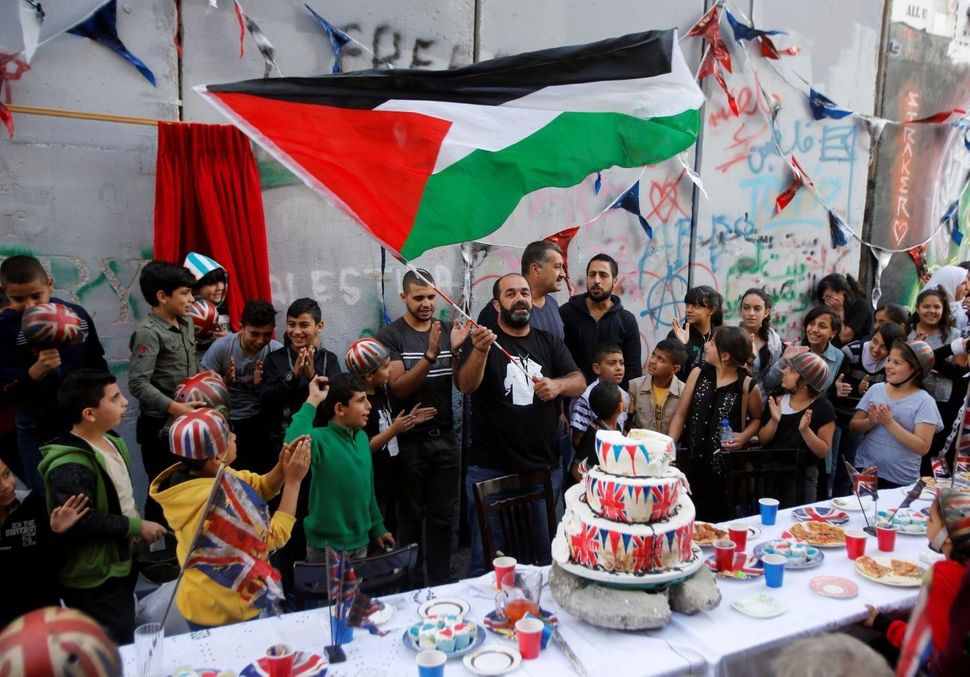 British street artist Banksy has offered a royal “apology” engraved on Israel’s barrier in the occupied West Bank for Britain’s endorsement a century ago of the establishment of a Jewish homeland in Palestine.

The work was unveiled on the eve of Thursday’s centenary of the Balfour Declaration at a mock tea party for Palestinian children at the artist’s Walled Off hotel that opened last march in the town of Bethlehem.

Israel views the document, issued in 1917 by British foreign minister Arthur Balfour, as having opened the way for its creation in 1948. Prime Minister Benjamin Netanyahu flew to London to attend a celebratory banquet with British leaders.

Palestinian have demanded Britain apologise for a declaration they see as having led to dispossession and suffering. It has refused to do so.

“Er … Sorry”, read the inscription, a double entendre, on the grey Israeli-built wall. ER, standing for Elizabeth Regina, with the Roman numerals II between the two letters, is Queen Elizabeth’s royal cypher.

The point was hammered home at the event by having an actor dressed as the monarch pulling back a red curtain that covered the etching. A statement issued by Banksy said the work was commissioned from a professional stone carver whose previous credits include Buckingham Palace and Westminster Abbey.

“This conflict has brought so much suffering to people on all sides, it didn’t feel appropriate to ‘celebrate’ the British role in it,” the statement said.