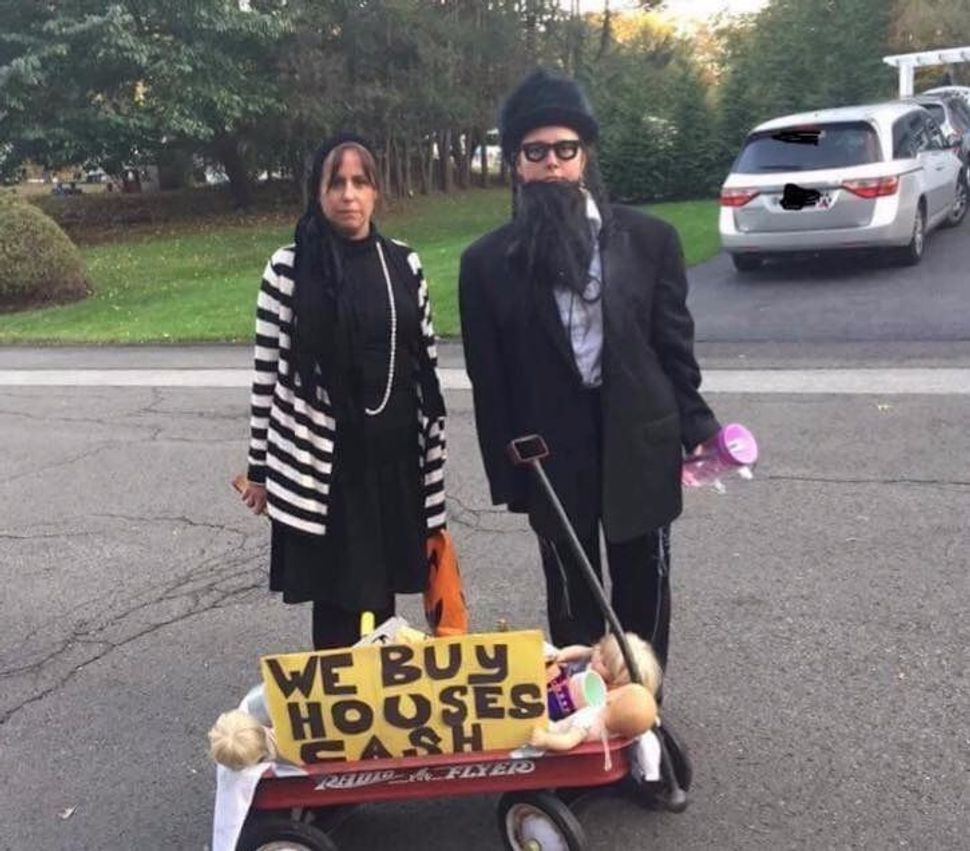 A trick-or-treating couple in Rockland County, New York dressed as a Hasidic family toting a wagon full of babies and the sign “we buy houses cash.”

“This is not funny, this is blatant anti-semitism,” one account called Rockland is One posted on Facebook. “It’s no different than if these people had dressed in blackface. It’s shameful and we are both saddened and disgusted.”

“This is terribly sad,” one commenter wrote.

But another commenter, who is Jewish, had a more nuanced reply.

“I myself never had a problem with non-Jews dressing up as Jews,” he said. “I actually get a kick out of it. I think in this case it’s a combination of the many factors: The general climate of fear-mongering, along with the sign, which is symbolic of the culture of fear and divisiveness along with the costume that did it. Had these kids not have the sign, I would have no issue at all.”

Rockland County is a suburb of New York, which is about an hour’s drive from Manhattan. It has been the scene of several controversies between its growing Hasidic population and longtime residents over housing, education and the construction of eruvs, or Jewish ritual boundaries.