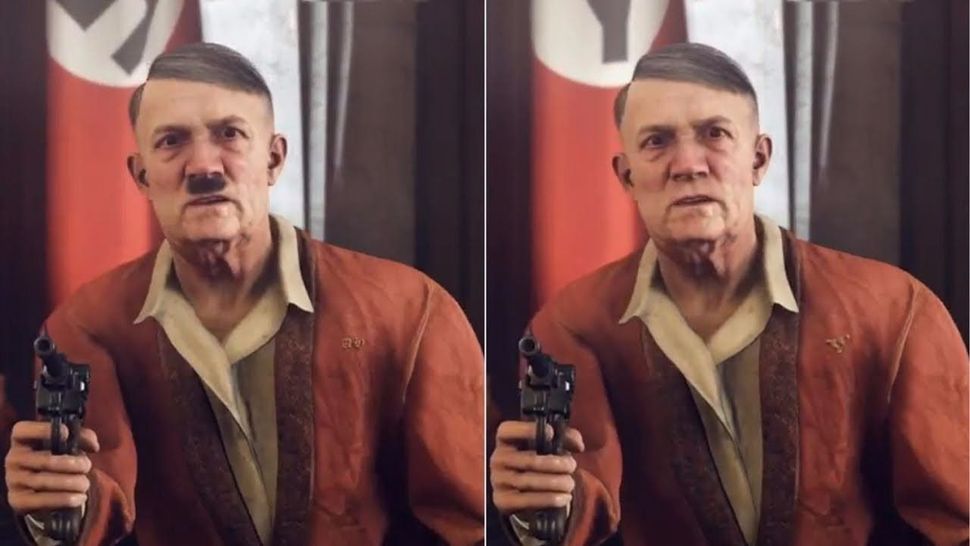 A new video game that lets you kill Hitler and his hordes of Nazi robots was forced by German law to shave Hitler’s infamous mustache for the game’s German version. While the English-language version of Wolfenstein II: The New Colossus, are replete with Nazi imagery and language, German law required the game’s makers to scrub all direct Nazi references.

Pledges of allegiance by the game’s Nazi officials to “Mein Fuhrer” are replaced with praise of “my Chancellor” and “my healer.” Instead of a swastika adorning the robots and flags, there is a three-pronged symbol. The use of Nazi imagery or language is a crime in Germany, punishable by up to three years in prison.

Gamers — a notoriously derisive group — responded with characteristic frustration to the changes.

“They should’ve just put a paper bag on his head with ‘not Hitler’ written on it,” one gamer told the Mirror.

“Seriously they removed his moustache?,” another said, calling the move “ridiculous.”