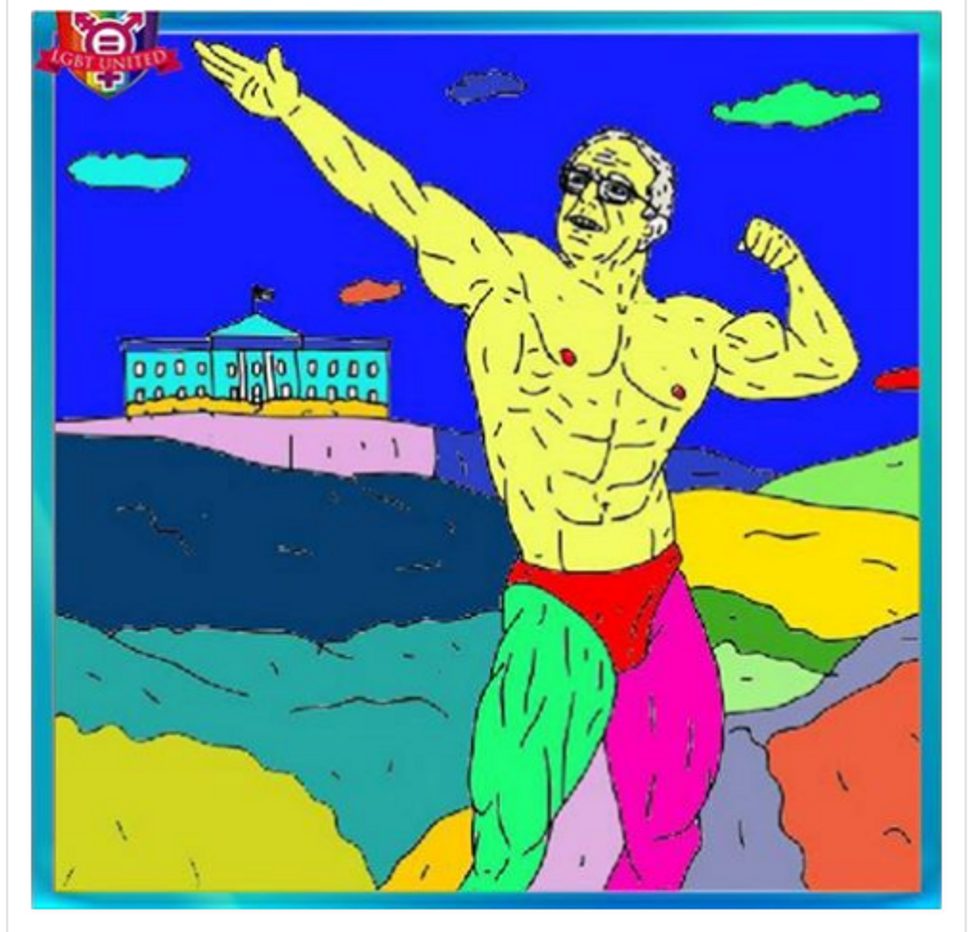 The Russians didn’t only back President Trump to attack Hillary Clinton — they also used social media to back rival Bernie Sanders.

And they did it but trying to turn the tousle-haired senior citizen into a cartoon superhero.

One such ad attributed to a group called LGBT United, promoted a “Buff Bernie” coloring book, which, the ad notes, includes “very attractive doodles of Bernie Sanders in muscle poses.”

Another, bought for 500 Russian Rubles ($8.56), shows Sanders speaking out against Clinton Foundation donations. “So, why are so many people going to vote for her?” ask authors of the ad, which is attributed to a user called “Born Liberal.”

These ads, only a small taste provided by Congress from thousands of social media paid postings purchased by Russians before the elections, demonstrate part of the Russian thinking in their campaign to block Clinton – promoting Sanders as a viable candidate before the primaries ended, and using his popularity after Clinton clinched the nomination, to discredit her as a candidate.