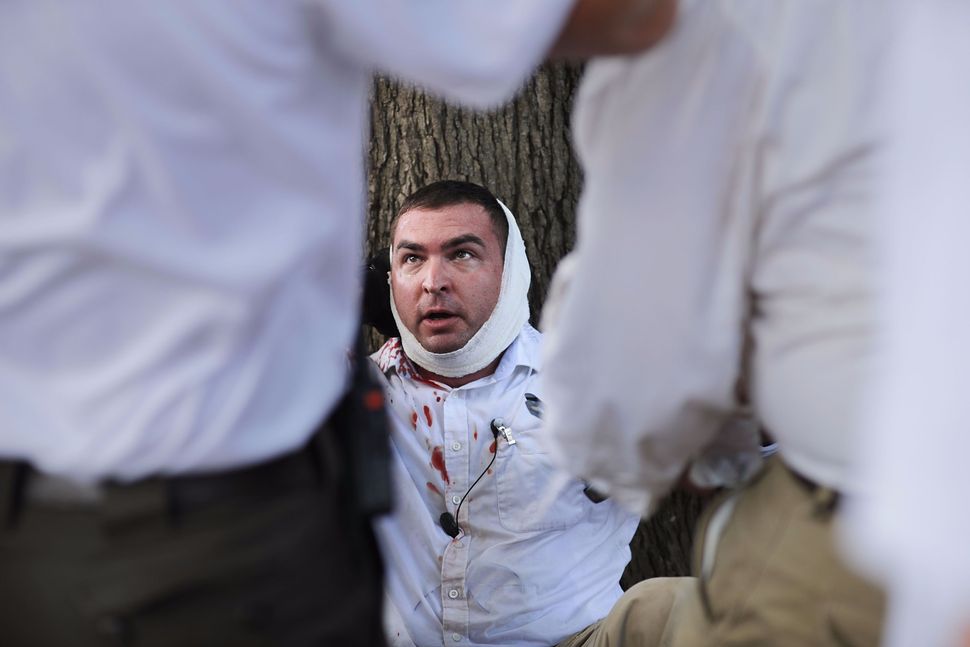 White nationalist groups have been fracturing in the days after last weekend’s “White Lives Matter” rally in Tennessee — disagreeing over preferred tactics and image.

According to a new post by Marilyn Mayo of the the Anti-Defamation League, white nationalists are divided into two camps when it comes to this particular dispute: those who promote a more subtle “racist ideology that appeals to conservatives” and the more outspoken white nationalists who “prefer to highlight their racist and anti-Semitic ideology” through dress, language and clear Nazi imagry.

This difference came to a head in the wake of last weekend’s White Lives Matter rally in Tennessee, which drew around 200 people. One of the main organizers was Matthew Heimbach, who falls into the more blatantly white supremacist camp. According to the ADL, a number of the attendees in Tennessee “openly displayed neo-Nazi symbols such as SS bolts and Klan patches” and gave Nazi salutes.

The rally failed to attract either the numbers or media attention of this summer’s Unite the Right gathering and was criticized by other white nationalists for both the lackluster showing as well as Nazi messaging.

Contemporary white supremacists on the “alt-right,” including former Identity Evropa head Nathan Damigo write disparagingly of the gathering online. Damigo, whose style and ideology is influenced by “alt-right” figurehead Richard Spencer, sought to cast the rally as fringe “self-indulgent extremists.”

“Not my scene,” Spencer wrote simply. “Also, No Lives Matter!”