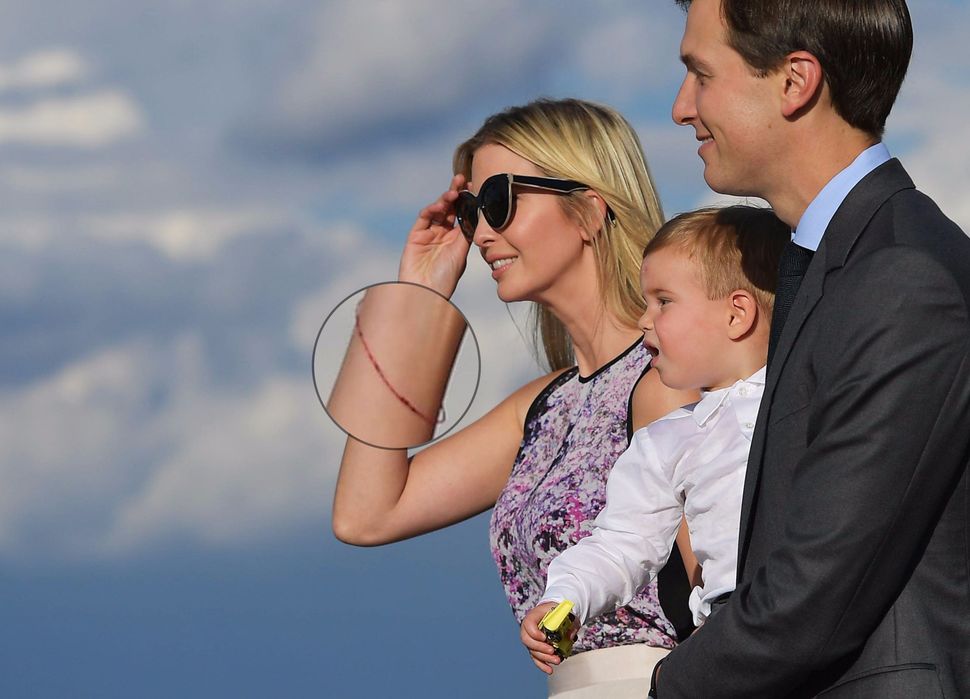 Ivanka Trump has been spotted several times since the early summer sporting a thin red thread tied around her wrist. Set against the backdrop of her meticulously styled “looks,” complete with Ivanka Trump-brand jewelry, dresses and shoes, the red threat might seem out of place — even off-brand. But the bracelet has special significance to some religious Jews — and is a noted symbol of Kabbalah.

Though the practice of wearing a red string shows up in many ancient cultures, its first mention in Jewish texts dates back nearly 2,000 years. There were some Hasidic masters in Europe who preached that it was a sign that the wearer was particularly pious.

Since then the red thread has become something of a tourist specialty, offered to Jews coming to pray at the Western Wall in Jerusalem. Often the person offering the red thread will ask for a donation in return, as tzedakah — charity. It is particularly offered to women, in a reference to the red thread’s Kabbalistic symbolism.

There are tales from Jewish mystical masters about Rachel, the wife of Isaac, that say Rachel was something of an ideal woman: generous, modest, beautiful and kind. Thus some vendors of the red bracelet will tell you it was cut from string wrapped around Rachel’s tomb in Hebron.

The traditional, Kabbalah-referencing red thread also has seven knots in it, as seven is a highly symbolic number in Kabbalah. Like other Kabbalistic talismans, you can see celebrities who love Jewish mysticism — like Madonna, Rosie O’Donnell, Gwyneth Paltrow and Mick Jagger — sporting the string.

The red thread can be seen all over Israel. Since Trump has been photographed with the bracelet since early June, it is likely that she received the string on her visit to Israel — perhaps even at the Western Wall.