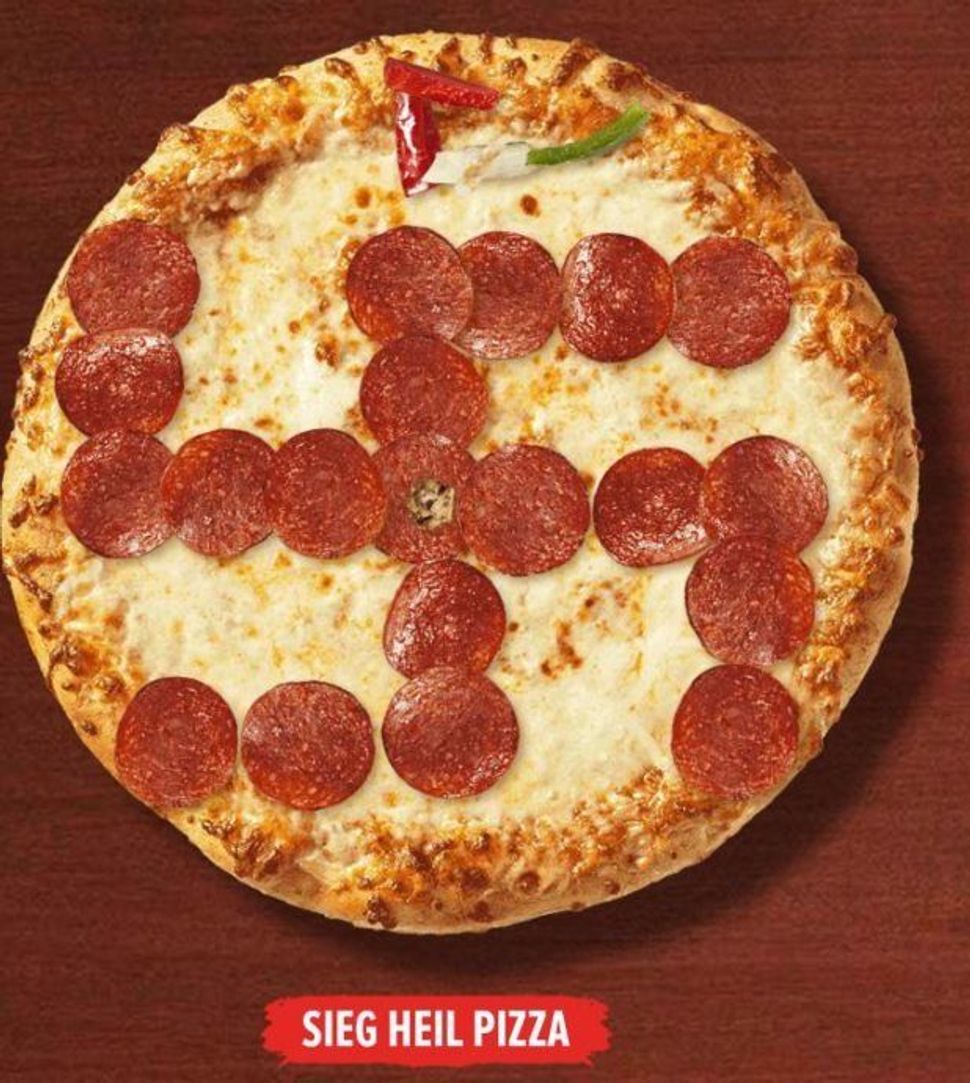 A major neo-Nazi website has dubbed Papa John’s the “official pizza of the ‘alt-right,’” in apparent praise of the company’s criticism of the ongoing NFL national anthem protests.

“So Papa John is a major, long-standing sponsor of the NFL. And yet even they’re panicked about what’s going on,” a blogger for the Daily Stormer wrote in a recent piece. “It’s starting to make economic sense to be pro-White, even for these kiked, evil corporations.”

The article included a photo of a pizza, with pepperoni slices forming the shape of a swastika and the caption: “Papa John: Official pizza of the alt-right?”

The website’s endorsement of Papa John’s pizza is just the latest in a line of half-joking praise that Anglin and others on the “alt-right” have doled out to companies that they view as allies in a culture war. Figures on the “alt-right,” for example, held up New Balance as the “official shoe” of their movement, despite the company’s disavowal.