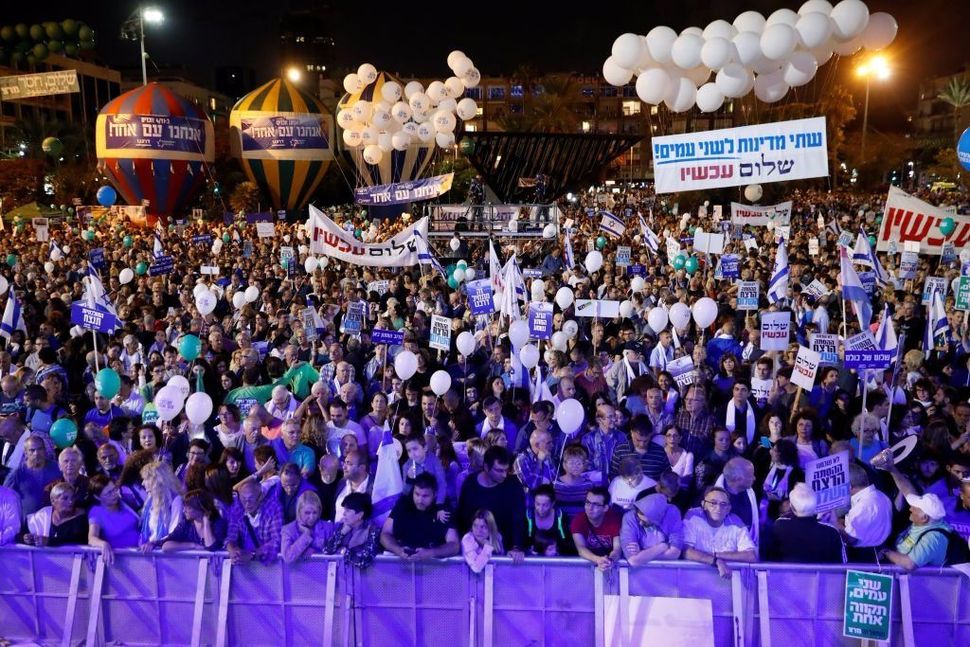 JERUSALEM (JTA) — An estimated 85,000 rallied in Rabin Square in Tel Aviv to mark the 22nd anniversary of the assassination of Israeli Prime Minister Yitzhak Rabin.

The rally on Saturday night was controversial for stressing national unity over calling for peace and leaving the settlements. The rally, organized by two centrist organizations: the Darkenu movement and Commanders for Israel’s Security, was held under the slogan “We are one people,” and did not included national politicians on its list of speakers.

Banners and flags of the left-wing Labor and Meretz parties flew throughout the crowd, as did the banners of the anti-settlement group Peace Now and the Palestinian human rights group B’Tselem.

Oded Revivi, mayor of the West Bank settlement of Efrat, was booed by the crowd before he started to speak. Several lawmakers from right-wing parties attended the rally, apparently for the first time.

Former IDF General Amnon Reshef, the head of Commanders for Israel’s security, in his speech at the rally called for “separation” from the Palestinians into two states in order to keep Israel as a Jewish and Democratic state.

Rabin was shot to death by right-wing extremist Yigal Amir in 1995.