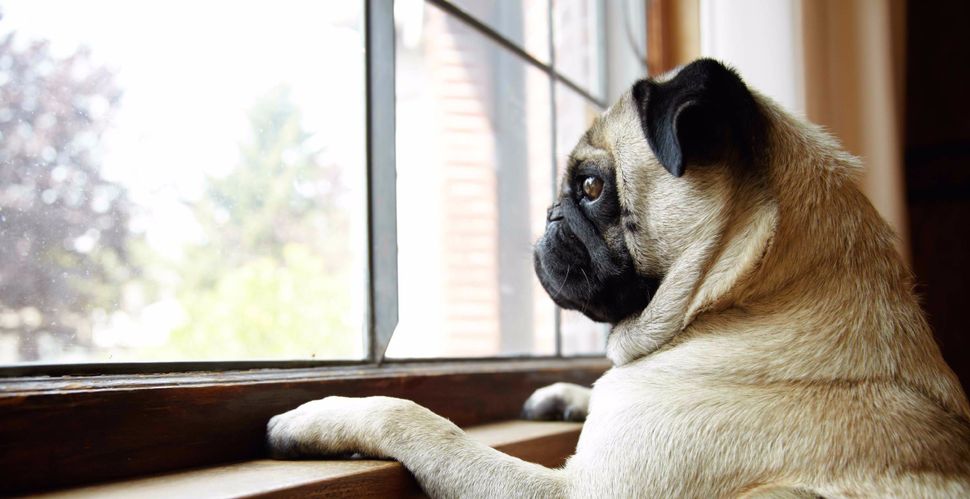 (JTA) — A Jewish family in suburban Paris has their dog to thank for their escape from a fire that they believe may have been started outside their home by an Islamist neighbor, an anti-racism group said.

The family was awakened after midnight on Friday night by the dog’s insistent barking to discover that their front door was on fire, with smoke rapidly filling up the interior of their apartment in the southeastern suburb of Creteil, the National Bureau for Vigilance Against Anti-Semitism, or BNVCA, reported Sunday.

The door had been set on fire by individuals who doused it with a highly flammable fluid, police concluded, according to the case report of the BNVCA. The family told police that they suspected a neighbor, who is an Arab, and whom BNVCA said has expressed extremist and anti-Semitic views online. Police detained the neighbor in connection with the incident, which BNVCA is calling anti-Semitic.

Last week, an unidentified person set the family’s car on fire. Witnesses saw a man wearing a hoodie set it alight, according to the BNVCA report.

“The incident confirms BNVCA’s observation that anti-Semitic acts that began as targeting property belonging to Jews (synagogues, schools, community centers) or as assaults on people on the street have evolved into attacks on Jews inside their own homes,” the group wrote.