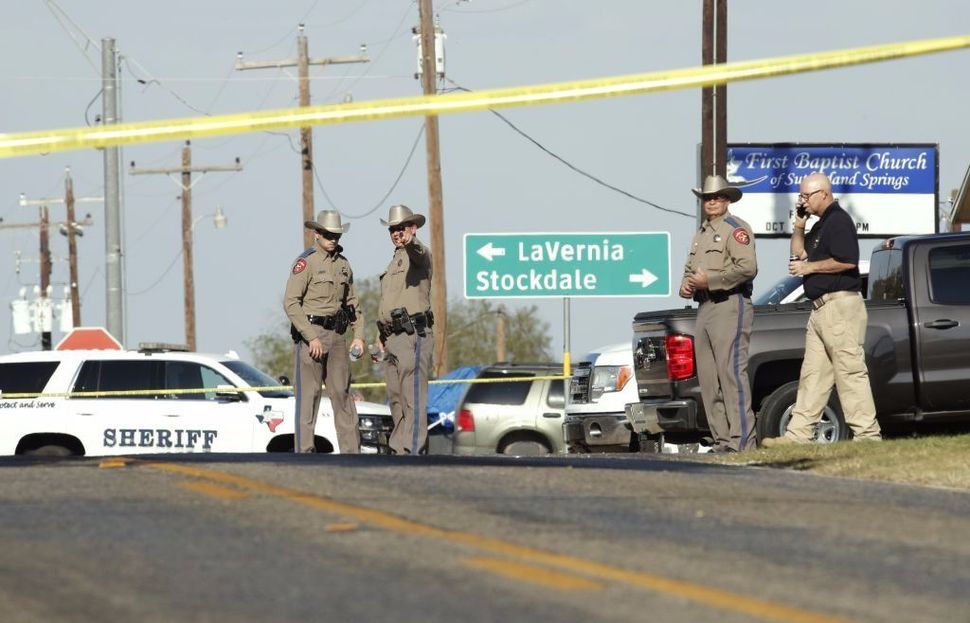 JERUSALEM (JTA) — Israeli leaders sent messages of support to the United States in the wake of a Texas church shooting that left at least 26 people dead.

“Horrified by the savagery in Texas,” Israeli Prime Minister said in a statement that his office also tweeted. “Our hearts are with the victims, their families and the American people.”

President Reuven Rivlin, on an official visit to Spain, also tweeted his concern. “Terrible news coming out of #Texas. Our thoughts and prayers are with all the victims and their families,” he wrote.

A gunman opened fire Sunday morning at the First Baptist Church in Sutherland Springs, Texas, a small town east of San Antonio. The congregation had just begun its service at 11 a.m. when the gunfire began.

The gunman has been identified to several media outlets by unnamed sources as Devin Kelley, 26, from near San Antonio, according to reports. Kelley reportedly served in the Air Force, but was court martialed in 2012 for assaulting his wife and child, and received a dishonorable discharge in 2014 for “bad conduct.”