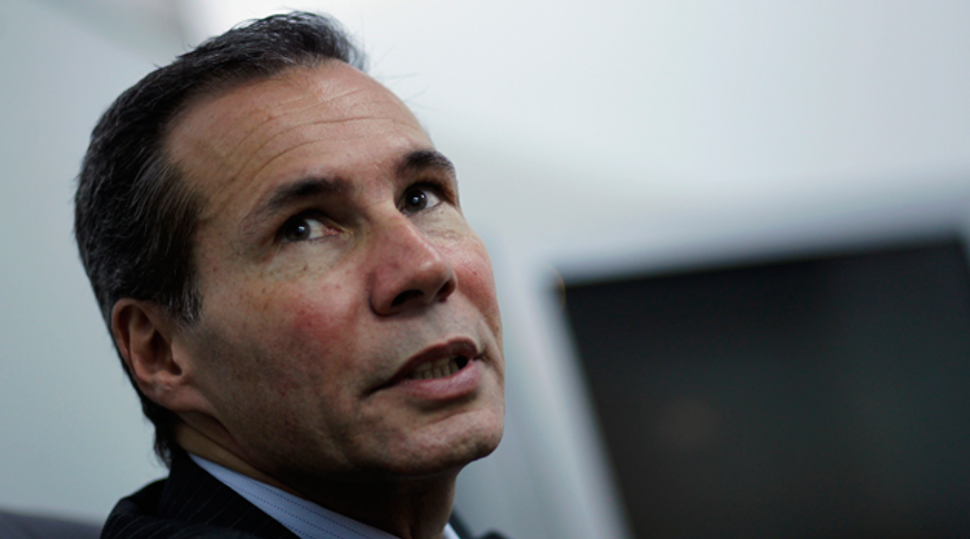 Two years ago, Argentine prosecutor Alberto Nisman was set to testify before Congress that President Cristina Fernandez de Kirchner had been covering up Iran’s role in the 1994 bombing of a Jewish community center in Buenos Aires.

But before he could testify, Nisman was found dead in his bathroom with a gunshot to the head. The autopsy was inconclusive as whether Nisman took his own life.

Now, a new investigation by Argentina’s border police have concluded that Nisman was murdered, and did not commit suicide as Kirchner’s defenders claimed.

According to the report, which was shared with the Associated Press, Nisman was beaten by two people before being drugged. One of his attackers held him while the other shot him in the head.

This report is the first to reveal that Nisman had a broken nasal septum, that his hip had received beatings, and that he had the drug ketamine in his system.

The bombing of the AMIA center, which killed 85 people, was long believed to have been conducted by Iranian agents, though no one has ever been brought to trial and Iran has refused to extradite suspects. In 2013, Fernandez de Kirchner struck a deal with Iran to jointly investigate the bombing. Nisman, who was in charge of the AMIA case, believed that the president struck the deal so she could cover up Iran’s complicity in exchange for oil.

The border police report is also investigating how Nisman’s alleged killers were able to evade the security assigned to protect him.