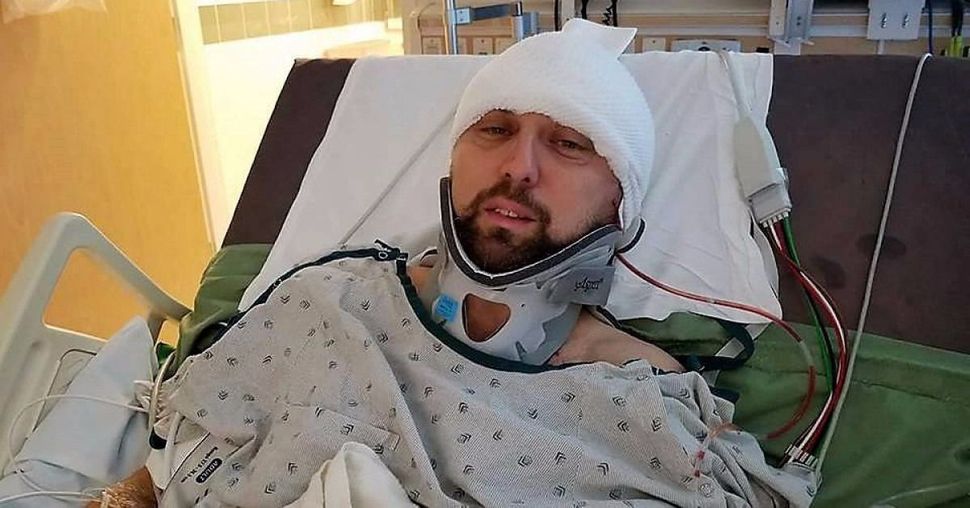 A renowned Jewish educator was hit by a car when walking home from synagogue in Los Angeles, leaving him hospitalized and severely injured. Now, a crowdfunding campaign to raise money for his medical bills hopes to collect $100,000 — and is already a third of the way there in less than one day.

British-born Marcus Freed has worked as an innovative Jewish teacher in the United States for some years now. His website explains that Freed is a “guru-trained yogi, yeshiva-trained educator, published author, BBC broadcaster and classically-trained actor.” The website also features praise from such figures as the former chief rabbi of the United Kingdom Lord Jonathan Sacks, who called him “An educator of many talents.. a wonderful playwright and dramatist and actor-manager.”

The driver left the scene, so Freed cannot rely on the driver’s insurance to pay for his care, the fundraising appeal stated. “As an artist, Marcus does not have private insurance or disability coverage to cover his bills and keep him afloat while he recovers,” it added.

Marcus’s brain is still bleeding, the note continued. “With massive prayers the doctors say he will make a full recovery, but his medical bills will total at least $100,000,” it added.

The campaign was started by a woman named Aubrey Jacobs, who said that she first came across the inspirational Freed in 2010 when he taught at a Limmud conference.