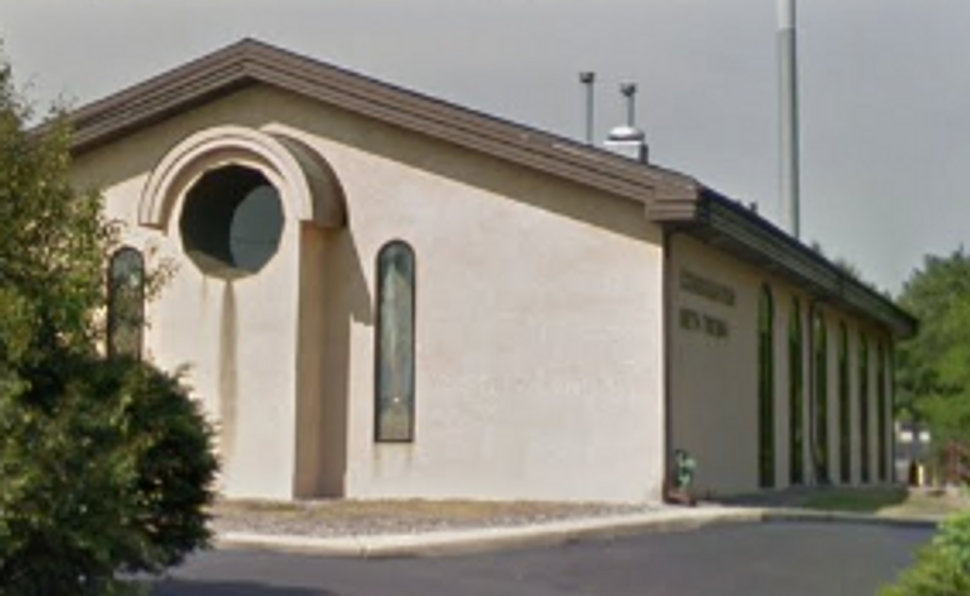 (JTA) — A racist message was written in the skylight windows of a New Jersey synagogue using shingles torn off the building’s roof to form the letters.

Rabbi Nathan Weiner of Congregation Beth Tikvah in Evesham Township, which is located in the southern part of the state about 25 miles from Philadelphia, said the word was racist and homophobic and not specifically anti-Semitic. The local media did not report the word.

Investigators took photos of the word before removing the shingles. There is no surveillance video of the incident, according to reports.

Weiner told the local Fox News affiliate that he noticed the word spelled out on the skylights on Friday night as he walked into the building.

“It felt to me like it was an outlet for hate,” the rabbi said.

Weiner said he has received calls and emails from local pastors and reverends, as well as rabbis of other synagogues, asking what they can do to help and support the 200-family congregation.